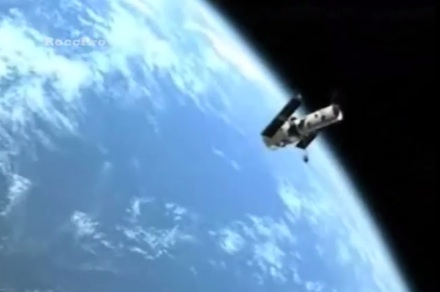 This writing is not about my life but about a generation of Iranians between the ages of 45-55 who left Iran around the revolution. It’s the naked truth about an entire generation of exiled people who have lost their identity, their hopes and dreams, feel alone and lost and for the most part live in severe undiagnosed depression. As Karim Sadjadpour said in an article: “Alireza Pahlavi’s generation of uprooted Iranians — young adolescents at the time of the revolution — were often affected more profoundly than those who were too young to remember, or old enough to cope. Three decades later, many still struggle to find their bearings. They negotiate what Brazilians would refer to as saudade, a deep longing for something that is unattainable. Their lack of rootedness has often prevented them from forging stable emotional relationships and fulfilling their professional potential.” http://www.foreignpolicy.com/articles/2011/01/07/persias_little_prince

To Memory of Alireza Pahlavi – 44, Boston, Leila Pahlavi – 31, London, and all those who silently endured and finally gave up the fight and their lives. May they finally rest in peace.

This month on 4/7 I became 47* years old. 47 in I-Ching is Adversity – It says, in short, it will take extra ordinary will to succeed and your major difficultly is that your words will not influence others. Ah, so that is what the problem is.

I look back at my Berkeley years, 30 years ago I remember how full of hope and passion I was? I had so many dreams. I was going to make the world a better place.

Thirty years later, I never ever imagined that I would be empty of love and passion, wishing for non-existence. I’ve been there, done that bought the house, got the title, made a lot money, lost a lot of money, traveled all over the world, collected the trinkets, learned to scuba, to fly a single engine plane, organized fundraisers, created a beautiful flower garden, cleaned gutters, learned Tai Chi, meditated in a Tibetan monastery high above the clouds, fixed the kitchen sink, fell in love with Lao Tzu, Hafez and Rumi, and became a mother.

And yet, all I wish for is death, well non-existence is a better word, since death would mean re-incarnation and who the hell wants that? Back to Non-existence. Why is that all I want? I don’t get it. How did I go from where I was then to where I am now?

I look at my Berkley friends and they all lead normal, successful lives, except for a few of us “ab-normals”, or as my friend likes to say, “atypical” people living a confused, depressed and mostly dazed life, thinking “what the fuck!!”

So much has happened in the world too, the Iranian Revolution of 79 which ended in brutal and bloodshed brought on by Islamic republic, the official end of South African Apartheid which well didn’t really changed the experience of black people, the fall of the Berlin Wall, the fall of communism and breakup of Russia which killed all of our socialist dreams, end of North and South Irish conflict which has not changed the hatred between them, rise of the internet and “thank god!” Google, several wars and now more wars. The number of children dying of hunger is one every 3 seconds which has not changed in 30 years.And we are now witnessing the fall of the American empire and with it the American dream.

What was it all about? What is it all about? Going to work, getting home tired, raising kids alone and without family which is mostly torture and suffering, wars, killing, hunger, abuse. What is it about? What is it for? Some say this is it, this is the way it is. Well, I say fuck that! Some say there is beauty and joy and life is precious, well, hell, I don’t see it or feel it. Mostly, I’m tired and don’t want to get out of bed. You say it is depression? I’ve tried just about every “happy” pill there is out there and I still feel the same. My psychiatrist doesn’t know what to do with me. “Exercise, go for walks, you feel better!” she says.

Tried it. As I was walking I remembered the movie I had seen, Cove, about massacre of 11,000 dolphins/year in Japan. It had made me wail like I had lost my own children. Son of the bitches. Yeah. How could people be so inhumane. But you know there are people being massacred all of the world, In Iran, In Libya, all over middle east. Okay enough. What can I do? I’ve got my own shit to deal with? I’ll be homeless pretty soon.What am I going to tell my daughter. Oh, there are so many who live in Shanty Towns all over the world. Yeah I know. That is so sad. What can I do? What can I do? Shit? I don’t know. tears start running my face. Forget about it. Who cares? They are on the other side of the world. I do. Why? Because I do. I care. It is not fair that there are so many suffering and dying and so many that have more than they deserve. But that is not your concern. You have other things to deal with. I have other things to deal with. Yes you do. I have other things to deal with. But the children. Why do they kill the children? Why so many children have to die of hunger. So you saved one of them. But that’s not enough. It never is. Nothing makes a difference. Misery just goes on and on and on. So why bother? I don’t know…

As I walked, the war in the world spilled over into my life and my body. I had an anxiety attack right there in the park as I tried to smell the roses. What roses? Wake up and smell the stink! The world is fucking ugly. Their ain’t no roses!!!

Are the “happy” pills created to numb us to our real existence? To make us live the capitalist life that sucks the soul out of you? Really, what is it all about? What is the meaning of this? Some one said “life is empty and meaning less but it is also empty and meaningless that it is empty and meaningless.” Go figure that one!! Life is what meaning we give it? Shit I’ve done the spiritual, the financial, the physical and mental meanings and none of it filled the hole inside, this feeling of death that like a shadow follows me where ever I go, in my deepest moments of happiness and misery. There must be something else?

Where did the dreams go? Where is hope? Where is God? My friend says “thank god any way! It could be worse, he’ll stick it to you even more, if you are not thankful.” Truth be told, I am thankful, I have everything, and yet, I have nothing…I want nothing. The spiritualists say that’s the best pace to be, the ultimate goal. Well if I’m in nirvana, I don’t feel happy or fulfilled. Any way, I want nothing, well except non-existence. I want to end this fight…

*47 is the quintessential random number., there is even a site called the 47 Society with dedicated followers. the size of the galaxy is 47 billion light years in radius, how about that!!!!