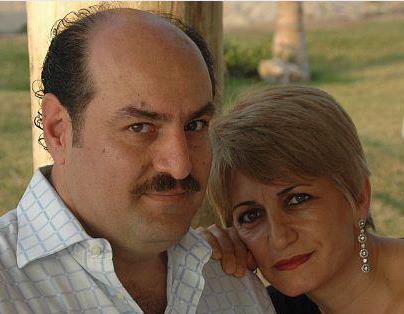 Early December 2010, early morning, she wakes up her husband by shaking in bed. He wakes up, looks at her. She looks scared, has her fists clinched, shaking as if she was cold. All her joints look locked and she rattles the words, “I’m scared, I’m scared, I can’t do this any more”. “What can’t you do any more, what are you scared of?” asked her husband, while holding her tight, brushing her hair back and kissing her forehead. “I don’t want to go to work”, she replied. Her husband picked up the phone and called her boss right away telling him she’s not feeling well.

The next few weird moments was to calm her down, walk into the shower, help her shower, hug her as much as he could and take her out to breakfast. He convinced her to go to her therapist and that’s when they all found out she’s having a nervous breakdown. Unfortunately no one figured it was her job and the load getting her to her breakdown.

She worked for Care Stream Health. A Canadian investment group, Onex Corporation, buys lame companies, puts a little make up on them, fires a ton of work force to show profit instead of actual work and development, and sells the company to some sap group for multi-fold gain. In 2007 they purchased Kodak Healthcare Imaging, a wing of Eastman Kodak who manufactured and sold X-ray machines.

Within a short time heads started rolling at the old Kodak Company and her department of four plus some contract workers got slaughtered to ONE, just her, while the sales people were gathering more customers and the work got piled up higher and higher. While the sword of “layoff” swung around her head, she could not believe that the company would not lay off the only planner they had. Her husband kept telling her that she was the “department” of planning and they just can’t lay her off. Bu she kept on working, 8 hour days turned into 10, another person laid off, 10 hour days into 12, one more planner laid off, 13 hours, 15, Saturday and Sunday at times. Her husband had to drag her away from her little home office on Friday evenings and told her that she could not return to that office until Monday morning, only to find her sneaking back in there at 5am or even earlier.

She told no one about this, poured it all in and kept working. She was producing some 500 projects annually, when she only had to do about 75 before the “lay off” years. She never got compensated for extra work, in fact there were no raises issued during those wonderful golden years for Care Stream, due to “bad economy”!!

She responded to the anxiety medication a bit and went on after the December breakdown until January of 2011 when her husband came home and found her nearly breathless on the couch. She had taken multiple anti-anxiety and sleep medication to take her own life. She didn’t know this low dose medication isn’t enough to end her life.

He dragged her to the hospital, where her stomach was pumped and she ended up in a mental health facility. Her husband called her boss and told him that it seems she’s had a nervous breakdown due to workload. His response, “oh I thought she was doing really well, she was producing”. He asked the boss if he had ever heard about the robber band effect in a workplace. Boss responded, “No”. “It’s when a worker is stretched so much and so far that either he/she breaks or if let go won’t ever go back to the same as before”, husband explained. “Hmm…” said the boss. “Hmm…is all you have to say, John? She worked herself to death for you guys!” John Rossi, (I don’t care if his name is mentioned, I have nothing to lose) seemed clueless. The promises big company had made to him and how they pushed for production with as little work force as possible had made him empty in the middle, surely.

When she came out of the mental facility in early February of 2011, she seemed to have changed a lot. She went on disability and started to enjoy her time off. She took classes on how to deal with stress, saw her psychiatrist and psychologists, took her meds, and had a new look on life.

They went on her dream vacation to see the Mayan ruins in Macho Picho in May. She always wanted to go there. She was to go back to work after the Peru trip. It was visible that she was getting more stressed and slipped further into quietness. Knowing she was going back to a job she hated, work her ass off for no promises of better future, no descent incentive package, horrible insurance whom her husband fought daily for hours for anything she needed medically and mentally, and no security and loyalty on Care Stream’s part.

She lasted four days at her job. Her husband was called by her psychiatrist to take her back to the mental health facility, because she was talking about suicide again. She was never the same. The sad days of hour a day visits in the hospital, her eyes begging him to take her out of there and her daily depression and hopelessness was unbearable.

She went from doctor to doctor, while her insurance company played every game in the book not to pay and had her medication changed so many times just to seek some sort of normalcy. She sank deeper and deeper into depression, anxiety, and phobias that no one seemed to help her. Her husband quit his work to be at home with her. She could not be left alone. As she showed signs of improvement, he left her alone for short periods of times. If he had to leave town, he had others stay with her.

On Saturday October 8th 2011, he left home to help a friend for a few hours. He came back home with a bag full of groceries to cook for her, he found her hanging from a rope in the middle of their house. His world came crashing and no amount of screams and cries would answer any questions.

Afsaneh Rajaei, my wife, my life, lived for 51 years and 6 months and 17 days. I knew her for 20 years, 7 moths, and 17 days of that. I am thankful for that, although I was sure that we were going to grow old together. I pictured us walking, painfully, in our old days at our favorite beach. I was sure we were going to have those long drives to nowhere, in our 60’s and 70’s, maybe even our 80’s and have the same arguments about speed and loudness of music being played in the car. I knew I’d be stroking her hair, rubbing her back, and telling her made up bed time stories when she couldn’t sleep all the way into our old days.

I lost her to company greed. I lost her to this disease American industry has been gripped by recently; to produce more, make more money with as little help as possible. When it does to the American family and American worker, who cares? What impact it will have, in a long run, on the populous, who knows, who cares?

I wrote to Obama after hearing him give rhetorically charged speech in Michigan and told him about this specific event. He wrote back and said he’s working on it. I don’t think one has to be an expert in human behavior or a sociologist to believe that this trend is not going to end well.

I stand on the rubbles of this huge Tsunami that hit me, look around and wonder how I will rebuild and how will I manage to deal with all that I’ve lost. Care Stream, in the meanwhile, shows promises of making more money while managing to lose more work force. Oh yeah, they sent a small plant to the house after they heard of her passing. Not one phone call from her boss, “Hamid is there anything we can do? Is there anything I can do?” Not one letter or note from Care Stream Health about her passing other than the plant. No phone calls from the company to see how I’m coping, if I need any help after her passing…a robot broke and they will replace it with another.