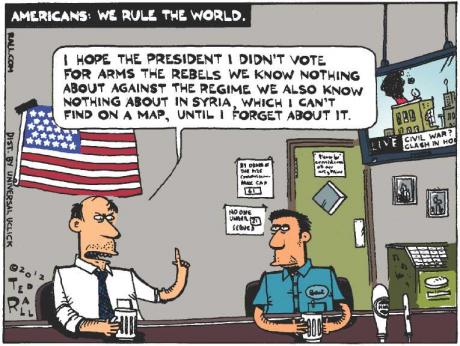 (SORRY FOR THE FORMATTING BUT I AM IN AN INTERNET CAFE AND I JUST CAN NOT GET IT TO WORK RIGHT. OR IRANIAN.COM HAS MADE CHANGES TO THE SITE AND I AM TOO DUMB TO FIGURE IT OUT.)

Who Speaks For Iranian-Americans?

at the time of the 2007 assessment on Iran, said that analysts had to be willing to make tough calls based on fragmentary evidence, and not get distracted by what he called the rare instances of political pressure or their own previous lapses.

(There you have it folks the first edition of 1391. In a couple of weeks Iran will be in the full swing of Spring and it’s a great time to travel into the countryside as the trees glisten and shine and a new beginning overwhelms. Let’s hope those in a position of power find a way to prevent war and discover a way to solve these huge problems.)