MEK vs USA vs IRI vs Iranian People 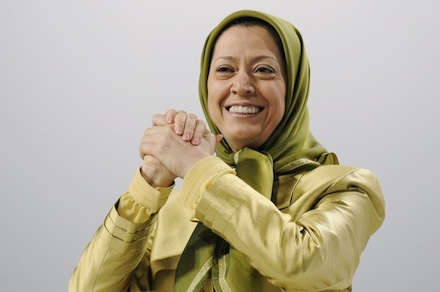 Nothing more than the Nukes has gotten the ire of so many up so far up our asses of feigned concern, than the MEK issue.

Almost immediately after the revolution the MEK began to object to the IRI, leading to several important assassinations, and numerous other shall we say inconclusively mysterious acts of violence.

The problem is that the IRI is already an Islamic Marxist state and whenever power is involved, arguing over nuanced interpretations gets heated quickly.

Quickly after, the MEK became disillusioned in the promises of the IRI, and declared war on it. In the middle of an actual border war! During the Iran-Iraq war the MEK made, what will most surely go down as the worst strategic error in the history of freedom fighting movements. They joined Saddam’s forces and fought alongside the Iraqi army against Iran!

Voy! Talk about a social faux-pas!

What seemed like an innocent “the enemy of my enemy is my friend” tactic, soon turned into a backlash of anti MEK sentiment, and the definitive example of Iranian traitorship.

Today, if you can afford a first and only edition printed Yarshater Iranica, and looked up the term “Traitor” in it, you will find: “See – Masoud Rajavi”, then when you look that up, you will find “See – Maryam Rajavi” and when you finally locate that, it will say “Mojaheddin-e-Khalgh” and there won’t be any other details or explanation.

My satirical point is that this is how entrenched the MEK are in our collective minds, as simple traitors. No further explanation is ever needed.

Except that it is needed.

Somehow the MEK ended up not on the list of “Freedom fighter groups with bad decision-making tendencies” but on the US list of “Terrorist Groups”. How this happened is not important, because there are lots of unexplained phenomena I would like to know about, and we’ll be here all day. But they did.

After the Iran-Iraq war, the MEK were given a patch of land in Iraq, to park their tanks, cannons, and other assorted heavy armor, and now kids and families in. A place innocently enough called “Camp Ashraf”. During the next years the MEK put aside their swords and picked up “hammers and sickles”, along with lots of concrete, and built Ashraf into an Ashram of sorts. A home away from home until they could figure out how the hell to get back home again.

Now years later, with Saddam gone, with the US gone, and the support for the MEK all but evaporated, with Iran’s colonial influence on Iraq like a nervous teenage Brother and Sister who have been exploring “feelings” that they probably shouldn’t have been exploring, and feeling the heat from Iran’s loins convecting in their direction, the MEK have begun to try and get out of Ashraf.

But they cannot go anywhere as long as they are designated as terrorists and are on the US list.

Hence the campaign to get themselves off it. Where they want to go after, is anybody’s guess, but Fairfax County in Virginia just outside of Washington DC seems like a good a place as any.

Except that is NIAC territory.

NIAC has been adamantly against de-listing the MEK from day one. So adamant, they can’t think of anything else. Forget protecting us from the “Shah’s of Sunset”, when there are hairless 70 year-old MEK with limps, bad hips, and worn out prostates lurking about.

For yes, these funky smelling octogenarian MEK and their funkier ideas (and worse strategic thinking) are “the real threat and danger”. I mean if the MEK are de-listed, Oh! who knows what could happen! Lord knows we can’t have any Iranians running around free.

Meanwhile, Ahmadinejad has since recanted his previous statement and said, “No, no, no, what I meant to say is that there USED to be Gays in Iran. But now with “Shah’s of Sunset”, there are no more Gays in Iran, they are too embarrassed by Reza Farahan.”

So de-listing the MEK is all the talk in DC these days. The MEK true to form, ever the bad planning and strategy organization that they are doomed to be, have somehow once again managed to come up with the brilliant plan, namely, the opposite thing they should do, as their way out of the mess they created for themselves doing the mistaken opposite thing they did the last time!

During the most liberal administration in history, that put down the fascist tendencies of Bush II neo-conism, the MEK have recruited not a who’s-who, but a how?-what? of retired failed neo-cons as their way out of this mess. Cartoons like Giuliani, Tom Ridge and the international posterchild of buffoonery, “YeeeeHaaaw!” himself, Howard Dean. They have hotel-room event after event, filled with what is left of the retirement community of MEK standing and cheering and clapping for the obvious congratulatory moments of the speeches by these for-hire devotees of the deus (is that where the word dayoos comes from?) dollar.

These giants of political failure are really cute, in their suits, with their lily-soft freshly sanitized hands, pounding the podiums with punditry from the past, always thinking in their fast failing minds, they are honest to god, helping the actual Iranian resistance movement. It is precious!

Meanwhile the MEK audience stands and thirstily ovates each ending rhetorical podium pound. With no less than 3 cameras, shooting the entire event, for some mysterious post production to be aired somehow, somewhere, someday.

Meanwhile NIAC is running SuperPac-worthy YouTube videos on the impending doom of even thinking about MEK de-listing. Honestly, I thought it was an ad for “Call of Duty 8: Modern Warfare”.

The sad truth is none of this will work. Neither will the MEK get off the list, nor will NIAC be successful is doing whatever sick and twisted thing NIAC seems to want to do to the MEK.

Because what the MEK need to do, even though they can’t, is to “Go Home”. By “Go Home” I mean atone for and be re-accepted and forgiven by Iranians, for their biggest mistake of a lifetime.

For until that happens, nothing, not even the might of the Neo-con gods will help free you from the prison you locked yourself into.

One strategy that is extreme and might work, is to simply pack everyone up from Camp Ashraf, and start walking. Where to? doesn’t matter. Maybe if everyone sees the MEK on a “Trail of Tears” they can put aside pride and insult, and treat this like the fellow-Iranian humanitarian disaster it has now become.

Don’t get me wrong. I am no supporter of the MEK way. I think any syndrome that can produce this level of ridiculous notion, and worst strategic error in our history, has some serious flaws and hilarity potential. And don’t even get me started on the Masoud-Maryam line of succession jokes.

But this is not about an actual political organization, or the slightest political option for us to even consider now. This is now about fellow Iranians. Granted, not the brightest and most capable. But they certainly do not deserve this limbo.

Bring them into the light, were we can all shine our reason and scrutiny onto them. And let them “Come Home” and then go open up bad Persian food restaurants, 12 cent per-copy copy-shops, and used car dealerships specializing in Mercedes repo-lease returns, in Tyson’s Corner, like everyone else.

Really, who are we to judge?