Alternative to Shahs of Sunset 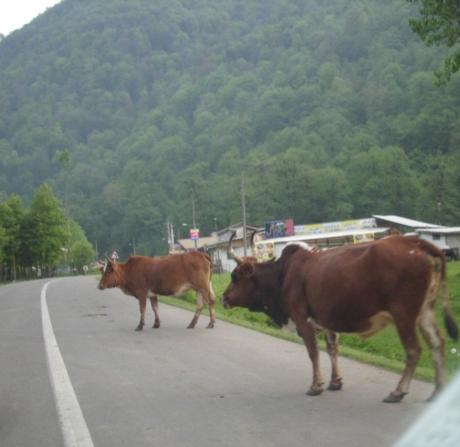 Last night I watched the 5th episode of Shahs of Sunset.  The jury is still out on this show with for and against votes.  The against brigade are against because they find this show shallow and trashy!  They like more successful Iranians to be profiled on TV and not just any successful Iranian like Ross Mirkarimi or Omid Kordestani for example, some thoroughly vetted and squeaky clean Iranians!

I looked around for alternative TV shows about Iranians and I found only News channels.  This show is about the Iranian president calling Israel to be wiped off the map, Holocaust is a myth and there are no gays in Iran!  The against brigade don’t like the News show either, surprise, surprise!

The show the general American public watches the most about Iran is of course on the News channel.  So between the News channel depiction of Iranians and Shahs of Sunset, which show would you rather watch?  I choose Shahs of Sunset despite the shallow, trashy and junior high behavior of adults in that show though junior high kids don’t act like that!  Junior high kids act like that with their parents and elders not each other!

Next week is the season finale of this show and no one knows what the next season will bring.  Will GG be fired from the show?!  Will Reza switch teams?!  Will Sammy plant hair to restore his receding hairline?!  Will Mike bring a bush girl from Iran?!  Will A$a open a consignment store in Rodeo Drive?!  or Will MJ be busted for her home grown marijuana plants?!

There is also a scenario where the stars of Shahs of Sunset will be replaced by 6 other Iranians who are completely unshallow and untrashy!  What would happen then?  Will shallow and trashy Iranians switch teams and become the against brigade or will the current against brigade forgive and forget?!  A lot of questions but no clear cut answers.

Bottom line until we have another Iranian show on TV to compare we have no other option but to watch this show and sing kumbaya!  BTW I didn’t know Goy was a derogatory word Jews use for a non-Jew until I watched episode 5!  In a future episode someone’s Grandma will be calling Kardashians sak armani!

Photo caption: driving hazards around sunset in a town by the Caspian.