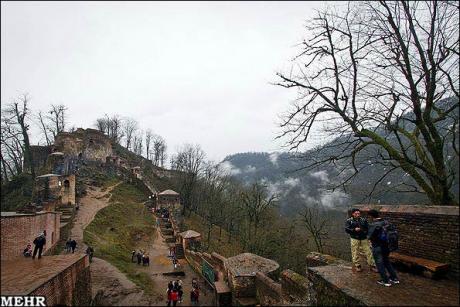 The castle is located on a mountain 25 km southwest of Fuman city, which is part of Gurabpas mountains, situated at the central district of Fuman. The castle has an area of 2.6 hectares and is located on the heights overlooking Roudkhan village. Its wall is 1,500 m long and the castle has 65 towers.

The castle was rehabilitated under the Seljuk rule and was a base for Ishmaelite fighters. There is a plaque on its entrance which reads, “This castle has been built for Sultan Hesamoddin Amir Dabbaj ibn Amir Alaeddin Eshaq between 918 and 921 AH.”