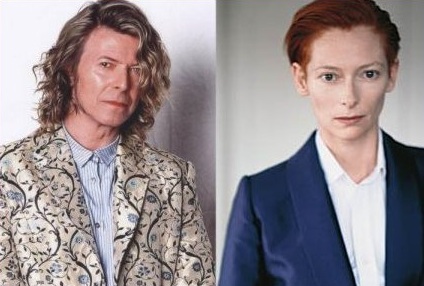 The concept of gender is as problematic as the “nature versus nurture” argument. The terms “sex,” “female,” and “male” are biological terms, based on verifiable physical differences. However, to be born with a sex, female or male, in any society does not mean to be born gendered, feminine or masculine. But what do gender, feminine or masculine mean? These terms are confused and confusing, because they are defined by numerous diverging views and discourses.

To classify the different gender theories, I use “biologically determined” perspectives” and “environmentally determined” ones. For the proponents of the former approach, gender is a natural outcome of such things as genetics, hormones and brain organization (1). They use the word “gender” interchangeably with the word “sex”. For instance, the word “gender” is printed on some documents to establish the biological nature of the individual who fills out the form. For the advocates of the latter approach, the word “gender” is used when referring to the variable and negotiable, culturally and socially constructed ways of being “masculine”, “feminine” or “genderless” in a particular historical or cultural circumstance (2).

They refer to the idea that people’s genders are their inherent or natural essence and way of being. It is the central idea behind sayings like “boys will be boys”, which postulates that there are natural ways for boys to be. Essentialism includes Sociobiology-based theories of gender and Sex role theories of gender

Sociobiological theories propose that “natural” phenomena like sex, hormones, genetics, and brain composition establish gender (3). According to socio-biologists such as Lionel Tiger and Robin Fox (4), humanity originates from a hunting species and thus men are genetically programmed for aggression, competition, territoriality, political power, hierarchy, promiscuity and male bonding. Steven Goldberg (5) suggests that male domination is based on male hormones, causing an aggression benefit that enables men to dominate women. These theories, like the brain-sex theory, have no basis in reality. A large amount of research on this issue demonstrates that there are no quantifiable differences in mental capacities and personal characteristics between sexes. The differences in personal traits between the sexes are negligible compared to differences within each sex or compared to differences in the social status of women and men (6).

According to R.W. Connell (7), the strength of invalid sociobiological theories lies in their use of machine as a metaphor for human body. Instances of machine-related terms are: the body “operates”; there are biological “mechanisms and functions”; male brains are “hardwired” to build masculinity; or male genes “program” men for dominance; And these established metaphors shape the way phenomena are interpreted.

Sociobiological theories overlook the impacts of social structures, culture, human agency, and the mutual influences of these instances on each other. They relate gender with sex and see gender as fixed traits, overlooking variations among gender groups. Sociobiological theories tend to adopt conservatist politics and be opposed to social change.

“Social constructionism” is the opposite of “essentialism.” It is the idea that people’s genders are their way of being, acting and relating, which are created within a specific context or space, and greatly varies from one context to another.

Social constructionist connection to the body is a definite antithesis of sociobiology. Instead of the gender being a result of biological determination, it is a consequence of social determination. If the metaphor for the sociobiological approach is body as a machine, the metaphor of the social constructionism is body as a canvas to be painted and printed on.

These theories argue that individuals create gender as a result of their actions. However, while the dominant impact of people’s positions in social structures, incomes, personality and intelligence, is considered, the influence of human agency is ignored.

Genders are social constructs. In social constructionist theories, the term “gender” is used for the perceived or projected femininity or masculinity of a person. A person’s gender is complex, defined in terms of numerous characteristics of appearance, clothing choice, hair style, the use of make-up and jewellery, body movements such as gesturing or the manner of walking, speech, sexuality in the sense of eroticism, and other factors not merely limited to biological sex, such as personality, social roles, social relations, etc.

Gender role signifies all those things that a person says or does to disclose herself/himself as having the status of woman or man, respectively. In other words, gender role refers to assigning, learning and performing the socially accepted for a given sex labelled as masculine or feminine

Gender differences are largely the result of socialization or three principal processes of learning and assuming gender roles and attributes: “operant conditioning”, “observational learning” and “self-socialization” (8). Children learn through observation of two sex role models in any cultural context and internalize the behaviours and characteristics associated with their sex. Masculinity and femininity are supposed to be these internalized sex roles. Family, school and media are believed to be the most effective institutions in gender socialization.

Socialization is based on fostering required behaviour and opposing unfavourable one. Through the endorsements by mediators of socialization such as family, school and the media, children realize what the society expects of them. The socialization theory of operant conditioning suggests that the power of reward and punishment shape gender roles (9). Significant individuals in children’s lives, those in powerful positions (in the family, at school, etc.) use this method to bolster what they deem proper gender behaviour.

Feminism of the 1970’s pointed out the oppressive nature of the female sex role and the power of role internalization in placing girls and women in a secondary social station. In sex role theory, the roles are related to a structure marked by biological difference, not by social relations. This leads to the definition of sex roles as reciprocal and complementary, which inflates differences between women and men, and conceals the structures of class, ethnicity and sexuality.

These theories fail to account for bodies’ structural and physiological effects, social expectations, social norms, and human agency (such as adoption of a liberal outlook by a member of a conservative family.)

The sex roles theories cannot take in issues of power, and downplay coercion and violence against women by assuming permanent consent between the genders. Therefore, these theories cannot embrace the idea of change in gender relations.