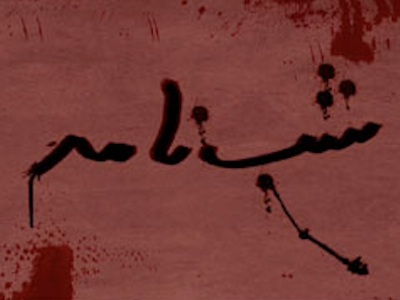 As we have always pointed out, Shabnameh.org does not belong to any of the publicized groups, parties, organizations or individuals whether outside or inside of Iran and we never wished to be associated or affiliated to any of those known “Leaders” or groups!

Shabnameh.org had been created by patriots from different political, ethnical and religious spectrum in Iran and abroad. We believe that only united, we can succeed saving our Nation and install a true and healthy democracy! But what we have been observing so far in this so-called “Opposition” has been nothing but a disgrace!

We have been extremely disappointed of each one of them for wasting so much time, energy and “words” to fighting against each other with such a great pretention, ego-centrism, arrogance and ignorance of Iran, while the Islamic Regime has been raping our country and our compatriots! They are only interested in their own or their party interests, snubbing completely the Iranian people who have been suffering for over 30 years under this despotic and inhuman regime! From the comfort and security of their residence in France, Canada, England or US,… instead of supporting the freedom fighters in Iran, some of these people went as far as shamefully insulting and mocking our young and brave brothers and sisters who have been scarifying their safety and life in the streets of Iran! These people don’t know and don’t want to know anything about today’s realities in Iran! They live in their own world, completely cutting themselves off from the real Iran and Iranians!

We have always preferred to remain as neutral as possible in the Iranian opposition with the hope of serving the much needed “Unity”! But enough is enough and we can’t keep kidding ourselves and stay silent forever! Now that unity seems impossible to achieve, we feel we have the duty of sharing a few thoughts with our countrymen and women! Those who pretend to be “leaders”, in Iran and abroad, are unfortunately nothing but a bunch of cowards, idlers and liars who wasted our time with words while Iranians are being murdered and families destroyed! Indeed, for them talking is safer than action, and cheap!

Those who call themselves “Monarchists” are only a big affront to our history, culture, and Monarchy. They don’t even have any leadership and know nothing about Monarchy! With the ugly and hostile caricature they have been painting of “Monarchism”, they have been misleading and scaring away the younger generations from a system that is the basis of our society and the real cement of our nation! By doing so, they have only been helping the Mullahs during all these years! As for the “Mossadeghis”, all they have been doing is ignoring the Constitution we had before and forging the realities of the Iranian contemporary history! They have been lecturing and preaching “Democracy” to others while viciously attacking those who refuse to join their “Cult of Personality”! They are nothing but hypocrites without whom Khomeini’s fascism could never get organized, succeed and destroy our country! Iranians will never forget that!

Then, there are those “Marxists”, “Islamists” and Mujahedins, who still can’t accept that Marxism has already been dead and buried; and, Islam is already destroying Iran! (They ironically talk about “Democracy”, fooling a few misinformed or simple-minded International politicians while a very few Iranian figures play politics in showing some sort of supports for them just to pretend how “democratic” they are!) These groups have nothing “Iranian” in their blood and their goal is to replace this horrible fascism with other even worse dictatorships! They are selling their services to foreigners and keep killing Iranians!…They are hated by the Iranian people even more than the Mullahs!

At the same time, IRI are using their surrogates and apologists to lobby for their regime; and, murderers to organize terror and crimes throughout the World! Meanwhile, their agents, passing for “Dissidents”, have been infiltrating everywhere!

We do not wish to be part of any of these groups while the life, the security, the happiness and the freedom of 70 million Iranians, and most importantly the honor of our country, are at stake! Therefore, we have reached the conclusion of limiting “Shabnameh” activities only inside of our beloved motherland and letting all these people abroad (and a few inside Iran) to continue their pathetic games among themselves!

In the near future, we will terminate our site and you will not be able to communicate with us; but more fiercely than ever, we will continue putting all our efforts on networks in different parts of our beloved Iran. We are more resolute than ever to continue our struggle till Freedom, Democracy and Justice are finally prevailed in our country! For us, regardless of our individual beliefs, Iran in its totality and freedom for all Iranians come before any political system, party, “ism”, “Leader”, religion or ethnicity!

It must be clear that in the future no one would be authorized to speak or write on behalf of “Shabnameh”; or, to pretend representing us! We warn you: anyone who does so would be either an element of the Islamic Regime or an imposter!

But, we encourage every Iranian – man and woman, young and old – who shares our goals to get together with other compatriots, to create cells and to get organized under the same freedom banner; and, to prepare ourselves for the day when, all together, we can finally liberate our motherland from these Islamic vultures! Then, we, the people of Iran, will decide freely and democratically about the future of Iran!

We sincerely thank all those who supported and encouraged Shabnameh.org during all these years. We assure you that our fight will not be over until a complete liberation of Iran from these Islamic usurpers and until a real democracy have finally been triumphed in the land of Kurosh and Dariush the Great; even if it takes more than one generation. We will pass the torch to younger generations, if necessary!

Sohrab (On behalf of Shabnameh’s comrades)