Too Big To Bomb 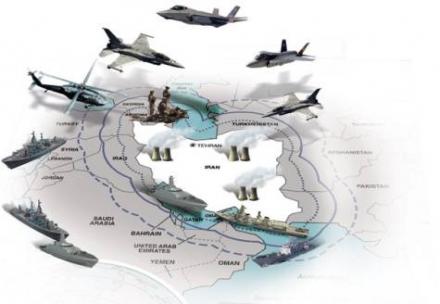 Forget the Arab Spring, we now seem to be in a serious winter of discontent with Israel warning of possible Iranian attacks on Jewish facilities worldwide. This comes as speculation continues to mount that Israel will go it alone in attacking Iran’s nuclear plants. However, such speculation has been surfacing for five years.

Meanwhile, Egypt is locked in chaotic violence with its military; Libya is still without a united government and a virtual blood drenched civil war is going on in Syria.

But if this isn’t too much to handle, Israel says if and when the Assad Alawite regime falls, it will offer sanctuary on the Golan Heights to the sect’s Syrian refugees. These are people who have been surrogates of Iran, which has long backed the Assad family, also the sworn enemies of Israel. Ironically, this may be the only way Assad will regain the Golan.

For quite some time Israel, Iran and the West have been playing a poker game whose stakes have been growing daily.

Now, however, we seem to be approaching the “call hand” or end game. As I
have said before, I don’t think a nuclear-armed Iran will attack
Israel. Aside from also destroying three countries surrounding Israel,
it would certainly receive all destroying retaliation.

But Israel usually operates from a worst-case scenario; this being that
the crazies in Tehran will rationalise collateral annihilation as being
the price for the greater good. After all, Iran, a Shiite nation, has little love for Sunni Islam, which form the majority populations in all Arab states except Iraq and Bahrain.

World War 2 interrupted the growth of Arab nationalism that sprang forth when the Ottoman Empire fell after WW1. The Muslim nations in the region had been fighting for the preeminence of their tribes.

The nationalism struggle was again interrupted by the creation of Israel in 1948. Instead of fighting each other they had Israel as a new Crusader surrogate to fight.

Iran sees itself in the forefront of the new Crusader war. The fact it’s not an Arab country makes little difference since being a Shiite nation is a far greater hurdle to jump.

By destroying or neutralising Israel it will see itself as the new kingpin in the region, one that will be able to give Shiism greater prominence.

Yet the last thing America wants, or more precisely President Obama wants in a run-up to an election is another Muslim war. On the other hand his potential Republican challenger Mitt Romney is far more hawkish on Iran, something Israel could use to its advantage. Supporting Israel after its bombs Iran would certainly become a hot election issue.

Several opinion polls on the subject show sharp divide in American support for Israeli action against Iran…with a narrow majority in favour.

But an even bigger question is what a small country such as Israel could do to potentially scores of hardened underground nuclear sites all over a large nation such as Iran?

The answer, according to experts, is not very much. But, enough to anger the Iranians, who will figure the attack was with US complicity and launch counter attacks against western interests as well as closing the Strait of Hormuz.

This would drag the west into another conflict with its ultimate regime change goal; the only way peace and security will be re established in the region… something upon which Israel PM Benjamin Netanyahu would be depending.

The view of some that such an attack would set the Mid East on fire is a stretch. Most Arab states fear Shiite Iran and its nuclear ambitions more than they hate Israel. The last thing the nationalist Arabs want us another Empire. Little noticed is the growing Turkish involvement in Arab affairs. The Arabs still respect their former Ottoman rulers, but at a distance.

Yet, this is where the big bluff comes into this poker hand. It’s based on the belief that Iran doesn’t yet have nuclear weapons. But what if it does? Unprovoked Iran, as with Israel, probably wouldn’t admit to having atomic weapons even if it had them.

But, how would the religious fanatics in Tehran react to a major attack by Israel and/or the US? That’s the big gamble that could lead to Armageddon. And it’s a big reason why an Israeli solo attack on Iran isn’t a done deal. The longer Israel waits the less likely they will do it.

AUTHOPR
Dan Ehrlich has more than 35 years of wide-ranging news and news management experience spanning print, radio, television and online journalism mainly in the UK. For more than 10 years he was a regular guest current affairs commentator for the BBC, Sky News and LBC. He also had his own show on Talk Radio UK