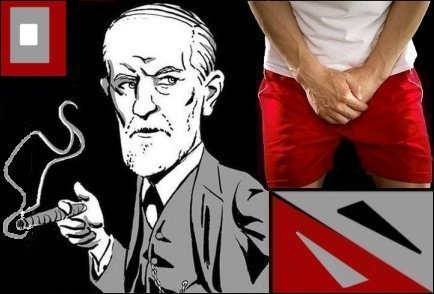 Freud made the first lasting endeavor to give a scientific explanation of gender in psychoanalysis, the discipline he founded. He tampered with the seemingly natural matters of ‘femininity’ and ‘masculinity’ by investigating into their components. He realized that gender and adult sexuality were not naturally rigid, but were constructed through a lengthy and troubled process.

According to Freud, humans have a bisexual disposition, and feminine and masculine inclinations cohabit in everyone. This suggests that adult gender is somehow as much a multifaceted as an unstable formation. He claims gender is both a psychological and a physical construction, that it is fully engaged in children’s youthful sexuality, their relationships with their parents and their growth.

The boy-child and the formation of masculinity

The mother is the first object of love for a boy. As his masculinity is created, he continues his early masturbatory activities. The boy’s Oedipus complex consists of identification with the father, rivalry with him over the sexual desire for the mother, and a desire to kill him, which is expected to arouse the father’s anger. The boy assumes the father will react by castrating him. Thus, the production of the castration anxiety in the boy-child.

The successful resolution of the boy’s complex entails repressing all these hostile and fearful tendencies in the subconscious mind, and identifying with the father in order to develop a mature sexual role and identity.


The girl-child and the formation of femininity

Freud asserts that when girls discover they do not have a penis, they are afflicted by the castration complex. This leads to penis envy. He explains the difference between girls’ and boys’ castration complex in these terms:

The mother is, obviously, the first object of love and emotional attachment for a girl as well, which makes the girl’s initial oedipal wishes homosexual desires for the mother. As the girl’s femininity is created, she is socialized and conditioned to give up the clitoral part of sexual pleasure in favour of vaginal stimulation whereas the boy continues his early masturbatory activities. In spite of this, as the girl-child grows, she abandons her desire for the mother and begins an Oedipal relationship with her father, who replaces her mother as her object of love. For Freud, such a change has its root in the girl’s discovery that her mother, too, lacks a penis. Amazingly, Freud never contemplates the possibility of a girl’s desire to kill her mother.

According to Freud, becoming a “normal” female happens when the girl-child renounces her clitoral masturbations, which happens during the phase when she veers towards her father and accepts becoming passive. Later on, in the ‘normal’ sequence of her growth, a girl will replace her fatherly object of love with a last object — her husband. Also, the girl-child now substitutes her symbolic desire for the penis with a longing for a baby by identifying with her mother. This infantile wish to have a baby is associated with a wish to deliberately adopt her mother’s role and be like her, which is different from a later wish to have a baby as an adult woman. For Freud, the former case originates in the girl’s wish to carry her father’s baby, and the latter instance is about an adult woman’s wish for a baby boy in order to satisfy her desire for a penis. (3)

He argues that a woman experiences the most fulfillment in the birth of a son because she has the opportunity to transpose her frustrated desire for the penis on to him. In spite of this, her marriage will be happy only if she treats her husband like a son. In Freud’s view, it is more difficult for a girl to deal with her perceived ‘lack’ of a penis than for a boy to deal with his fear of castration.

Evidently, there are at least two problematic propositions in such a model: 1) the mature girl must move her interest in her clitoris to her vagina, which would not serve her; and 2) bisexual and lesbian women, by not experiencing this early shift, are simply ‘underdeveloped’.

Freud’s purpose for building the Oedipus complex theory was also to explain the foundation of the super-ego. As a result of the Oedipus complex, the internalized restrictions by the parents (especially the father) become the super-ego, the unconscious part of the psyche that impedes, judges and offers values and models to be emulated.

The identification of the boy with his father and the love of the girl for her father lead to children of both sexes internalizing the rules voiced by their father, which is cognate to the production of the super-ego. For the girl-child, it is the love for her father that makes her accept and internalize his rules. In his works on culture, Freud recognized the effects of a sociological aspect to the super-ego. He asserted that society controlled an individual’s drives, particularly aggression (when it was reprimanded), through the instrument of super-ego. (4)

Freud’s theories are the most phallocentric ones ever developed. Following the patriarchal society’s ruling by men, these theories acknowledge only the phallus as the ‘real’ sexual organ. In this context, the female tries to appropriate that phallus for herself by being subordinate to a male love-object. Expectedly, these theories have been the subject of much criticism by both feminists and gender theorists. Freud had a hard time with theorizing female psychosexual development and, in fact, confessed his inability to understand female sexuality.

However, Freud’s positive contribution to the study of gender was his insistence that femininity and masculinity did not exist in a rigid and unchanging state, that they were empirical results of complex and contradictory emotions. He considered every woman’s or man’s personality to be a multi-layered and complex structure, and insisted on the presence of femininity within men and masculinity within women.