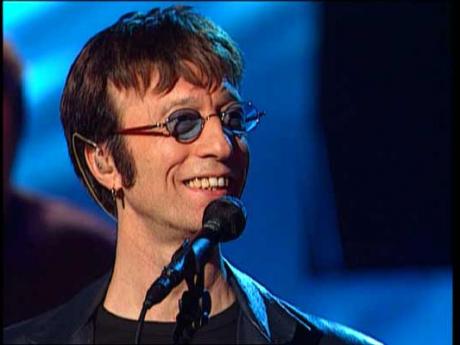 Bee Gees’ singer Robin Gibb has died aged 62 after a lengthy battle with cancer, his family said. British-born Gibb’s musical career began when he formed the Bee Gees with his brothers Barry and Maurice in 1958.

Robin Gibb and the Bee Gees

They said they were making the announcement with “great sadness”.

British-born Gibb’s musical career began when he formed the Bee Gees with his brothers Barry and Maurice in 1958.

The group is among the biggest-selling of all time with hits spanning five decades, including Stayin’ Alive, How Deep Is Your Love, Massachusetts and Night Fever.

Gibb’s family said in a statement: “The family of Robin Gibb, of the Bee Gees, announce with great sadness that Robin passed away today following his long battle with cancer and intestinal surgery.

“The family have asked that their privacy is respected at this very difficult time.”

Broadcaster Paul Gambaccini described the singer as “one of the major figures in the history of British music”.

The Gibb brothers were born in the Isle of Man but grew up in Manchester, later moving to Australia.

The Bee Gees notched up album sales of more than 200 million worldwide since their first hits in the 1960s.

“Everyone should be aware that the Bee Gees are second only to Lennon and McCartney as the most successful songwriting unit in British popular music,” said Gambaccini.

“Their accomplishments have been monumental.

“Not only have they written their own number one hits, but they wrote huge hit records for Barbra Streisand, Diana Ross, Dionne Warwick, Celine Dion, Destiny’s Child, Dolly Parton and Kenny Rogers, the list goes on and on.

“What must also be said is Robin had one of the best white soul voices ever. He was singing lead on his first number one when he was 17, that was Massachusetts.”

‘Thanks for the music’

Referring to the Bee Gees, he said: “They had every award, every gold disc, every platinum disc, the Grammys the lot and had been doing it so long but were still so good at it.”

A statement from Sony Music on Twitter said: “Rest in peace, Robin Gibb. Thanks for the music.”

He had battled ill health for several years.

In 2010, Gibb cancelled a series of shows after suffering from severe stomach pains while performing in Belgium. He went on to have emergency surgery for a blocked intestine.

His twin brother and band partner Maurice died in 2003 aged 53 following complications from a twisted intestine.

He cancelled a series of shows in Brazil in April 2011, after again suffering from abdominal pains.

Later that year, he was diagnosed with cancer of the colon after having surgery on his bowel for an unrelated condition.

He was later also diagnosed with cancer of the liver, and underwent chemotherapy and surgery.

His increasingly gaunt appearance prompted press speculation that he was close to death.

But in February he told the BBC that was making a “spectacular” recovery and he was feeling “fantastic”.

Last month the singer fell into a coma after contracting pneumonia.

After 12 days he regained consciousness and his son Robin-John said his father was “completely compos mentis”.

“He has beaten the odds… he really is something else,” he said at the time.