Which Iranian-American Organization Do You Support 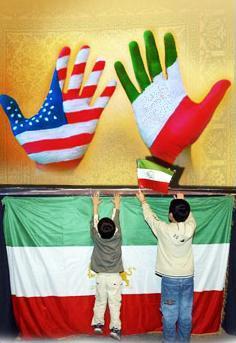 In my most recent blog posts I have expressed my criticisms of PAAIA, an organization which claims to represent Iranian-Americans, as being ineffective and self-serving. The question is, which organization do you support? Which do you think has made the biggest difference for Iranian-Americans? Here are my thoughts on the top 10, I welcome yours:

1. University student groups: I’m not going to single any one of them
out. All of them play a vital role in developing cultural and political
awareness for our community and help integrating new immigrants into the
fold. They host some of the most important educational programs and
are the catalyst for relationships which bring us together.

2. PARSA Community Foundation: The now defunct commuity foundation. Between 2010 and 2011 they donated over $6.5 million to support events and community organizations which provided services to Iranian-Americans.

4. National Iranian American Council: Love them or hate them, they actually make a difference. NIAC’s President, Trita Parsi, is possibly one of the most influential Iranian-Americans on Capitol Hill.

5. Iranian Scholarship Foundation: Providing scholarships to help Iranian students in the U.S. pay for their education since 2000. Make an unbelievable difference in the lives of our youth. Read their alumni stories.

6. Network of Iranian-American Professionals of Orange County (NIPOC): The enormity of what they produce is unbelievable. They host one of the largest Iranian-American cultural celebrations in their annual Mehregan event along with numerous educational programs every month. It’s an organization of pure volunteers. There’s no ego in this organization or their leaders.

7. Pars Equality Center: A relatively new organization compared to others. Still, they provide legal and social services to people in need. They make an actual, tangible difference in lives.

8. Relief International: They should perhaps be higher, but I decided against it since their contributions are mostly external and not internal to the community. That being said, RI is one of the best relief-aid organizations in the country. Following the disastrous Bam earthquake, they were on the ground providing dire medical and humanitarian relief. Take a look at what they do, its impressive.

9. Iranian American Medical Association: Provide free services and advice. And money for scholarships. Set up a clinic in Bam and have an amazing annual educational event.

10. Shabeh Jomeh: I hesitated to list this one because in many sense its just a social club that fails to provide anything directly improtant to the community. They host social hours once a month at different clubs or bars. Not culturally oriented, but for many in our community, Shabeh Jomeh was their way of meeting others and developing genuine ties for our community.