‘Mortality’ is the story of death and living! 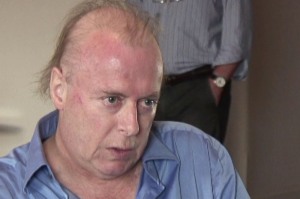 Why everyone should read ‘Mortality?’ It teaches you self-effacement. The struggle with death is the most elegant and profound struggle for any man, the real man emerges when the chips are down and one stares at the end counting the final moments. It is at that juncture one recollects his bravado, daring and cowardice and humility, as one prepares to exit quietly into the realities of star dust. The journey to a new eternal breathing and configuration of one constituent atoms begins with his demise. Mortality is the most pensive piece of writing Hitchens has ever created. It is the account of the hour of reckoning where man usually melt and ask for clemency. In this articulate retort he describes his clash with mortality, Hitchens gives a human face to cancer, an illness that has become a present-day symbol of suffering.

Jeffrey Goldberg sat down with Christopher Hitchens to ask him about his atheism in the face of dying.

“How am I?” Hitch responds to Goldberg’s opening pleasantries. “I’m dying.” It wasn’t long until they got right into it. Hithens states for the record that any stories of deathbed conversions following his shuffling off would be false.

He had whispered “Whatever doesn’t kill me makes me stronger” finding the principle less and less convincing as his health rapidly declined from the myriad of treatments he underwent, including radiation and a therapy co-created by evangelical scientist Francis Collins. “Before I was diagnosed with esophageal cancer a year and a half ago, I rather jauntily told the readers of my memoirs that when faced with extinction I wanted to be fully conscious and awake, in order to ‘do’ death in the active and not the passive sense,” he penned. Hitchens later added, “one thing that grave illness does is to make you examine familiar principles and seemingly reliable sayings. And there’s one that I find I am not saying with quite the same conviction as I once used to: in particular, I have slightly stopped issuing the announcement that ‘Whatever doesn’t kill me makes me stronger.’”

Ian McEwan paid his admiration “If Hitchens didn’t exist, we wouldn’t be able to invent him. His unworldly fluency never deserted him, his commitment was passionate, and he never deserted his trade. He was the consummate writer, the brilliant friend. In Walter Pater’s famous phrase, he burned ‘with this hard gem-like flame.’

Financial Times encapsulated the spirit of intelligentsia “Few writers can match Hitchens’ cerebral pyrotechnics. Fewer still can emulate his punch as an intellectual character assassin. It is hard not to admire the sheer virtuosity of his prose. . . . With Hitchens one simply goes along for the ride. The destination hardly matters.” —

“Nothing sharpened Christopher Hitchens’ mind like Cancer. He wrote the best, most piercing, most clarifying prose of his career as he faced down the spectre of his own demise. As he dealt with fatigue and nausea, with the anger, disgust and frustration that must accompany what he knew was a death sentence, Hitch poured it all into words as painfully honest as they were hilarious.” Christopher Buckley said “Christopher Hitchens is the greatest living essayist in the English language.”

Kathleen Parker, The Washington Post inscribed “Among the many things that made Hitchens unique was his precision of thought and expression. What made him rare were his courage and tenacity. He was fearless in the field and relentless in his defense of the defenseless with that mightiest of swords–his pen. Judging from his final essays, he was also fearless in the fact of death.”