Iranians will soon be “unpeople”. 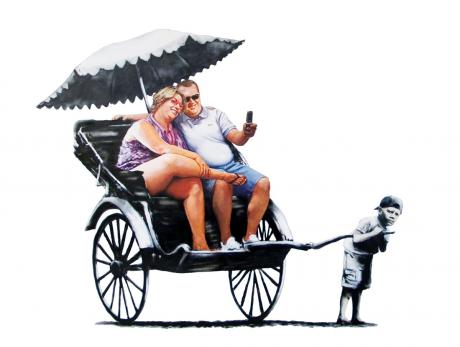 Now that the talks in Moscow have failed to reach an agreement the warmongers of the American Empire will crank up the volume of the war drums.

What will happen next in preparation of war on Iran will be shifting from the three decades long demonization of Iran to making Iranians into “unpeople”, which will then clear the way for the mass murder of Iranians. The American Empire has done this repeatedly to many countries and now it is Iran’s turn.

Below is a link to a site that links the work of Noam Chomsky who has spent most of his life exposing the workings of the American Empire and its behavior around the world. Iranians need to become familiar with Chomsky’s writings if they are to understand what the American Empire is planning to do with Iran.

Here is a link which explains what is meant by “unpeople”:

Here is an excerpt from Chomsky’s article “The Iranian Threat”.

“They are gearing up totally for the destruction of Iran,” according to Dan Plesch, director of the Centre for International Studies and Diplomacy at the University of London. “US bombers and long range missiles are ready today to destroy 10,000 targets in Iran in a few hours,” he said. “The firepower of US forces has quadrupled since 2003,” accelerating under Obama.

In the US army journal Military Review, Etzioni urges a US attack that targets not only Iran’s nuclear facilities but also its non-nuclear military assets, including infrastructure — meaning, the civilian society. “This kind of military action is akin to sanctions – causing ‘pain’ in order to change behaviour, albeit by much more powerful means.”

The brutal clerical regime is doubtless a threat to its own people, though it does not rank particularly high in that respect in comparison to US allies in the region. But that is not what concerns the military and intelligence assessments. Rather, they are concerned with the threat Iran poses to the region and the world.

The reports make it clear that the Iranian threat is not military. Iran’s military spending is “relatively low compared to the rest of the region,” and of course minuscule as compared to the US. Iranian military doctrine is strictly “defensive,É designed to slow an invasion and force a diplomatic solution to hostilities.” Iran has only “a limited capability to project force beyond its borders.” With regard to the nuclear option, “Iran’s nuclear program and its willingness to keep open the possibility of developing nuclear weapons is a central part of its deterrent strategy.”

Though the Iranian threat is not military aggression, that does not mean that it might be tolerable to Washington. Iranian deterrent capacity is considered an illegitimate exercise of sovereignty that interferes with US global designs.

Specifically, it threatens US control of Middle East energy resources, a high priority of planners since World War II. As one influential figure advised, expressing a common understanding, control of these resources yields “substantial control of the world” (A. A. Berle).

But Iran’s threat goes beyond deterrence. It is also seeking to expand its influence. Iran’s “current five-year plan seeks to expand bilateral, regional, and international relations, strengthen Iran’s ties with friendly states, and enhance its defense and deterrent capabilities. Commensurate with that plan, Iran is seeking to increase its stature by countering U.S. influence and expanding ties with regional actors while advocating Islamic solidarity.”

In short, Iran is seeking to “destabilize” the region, in the technical sense of the term used by General Petraeus.

US invasion and military occupation of Iran’s neighbors is “stabilization.”

It should be noted that such revealing usage is routine.

Thus the prominent foreign policy analyst James Chace, former editor of the main establishment journal Foreign Affairs, was properly using the term “stability” in its technical sense when he explained that in order to achieve “stability” in Chile it was necessary to “destabilize” the country (by overthrowing the elected Allende government and installing the Pinochet dictatorship).

(Image is painting by Banksy.)