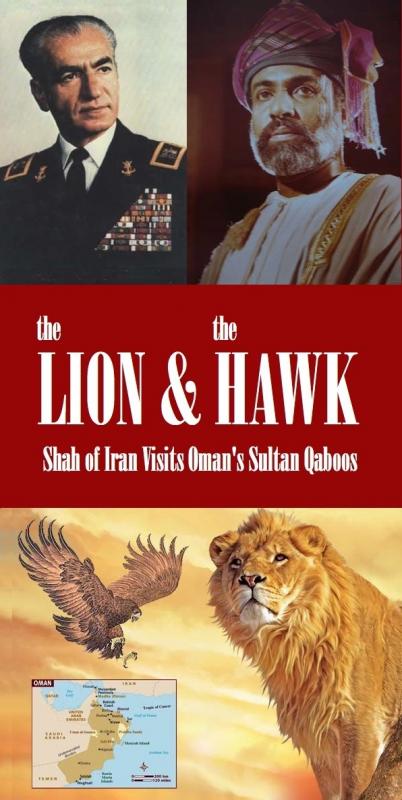 The Shah of Iran arrives to Muscat and is greeted by Sultan Qaboos bin Said al Said of Oman. He then flies from Muscat to Sullala in Dhofar province to personally visit the Iranian troops and air force personnel who are based there. (Source: persianrealm.com)

THE KINGDOM OF OMAN

Qaboos bin Said Al Said rose to power after overthrowing his father, Sa‘id ibn Taymur,in a palace coup in1970. He is the 14th-generation descendant of the founder of the Al Bu Sa’idi dynasty

Silver Jubilee: Oman TV on the Celebrations marking his rule:

The Sultanate of Oman, involved in the U.S. hikers’ release, is being held in Iran. CNN’s Mohammed Jamjoom reports.

Oman’s most important foreign relations accomplishment in the 1970’s concerned Iran, which at the time had taken back three islands in the Persian Gulf. Oman at this time had few resources for solving its internal problems, let alone region alones. Acknowledging the Shah’s regional pre- eminence, Qaboos sought and obtained Iranian military assistance in fighting the Dhufar rebellion, as well as an Omani-Iranian border agreement in the Straits of Hormuz.

By offering the Shah the explicit support and direct involvement in quelling Omani instability that could spill over into Iran, Qaboos secured a border agreement, essential aid, and the stature associated with being treated as an equal by the region’s then most powerful country.

A staunch ally of the Shah of Iran, he is said to have been deeply troubled by the 1979 revolution. Oman’s Sultan Qaboos has since developed a unique foreign policy in the region. Sultan Qaboos seems equally at home in traditional Arab and modern Western society.

Saudi Crown Prince Nayef, next in line to throne, dies “outside the kingdom”