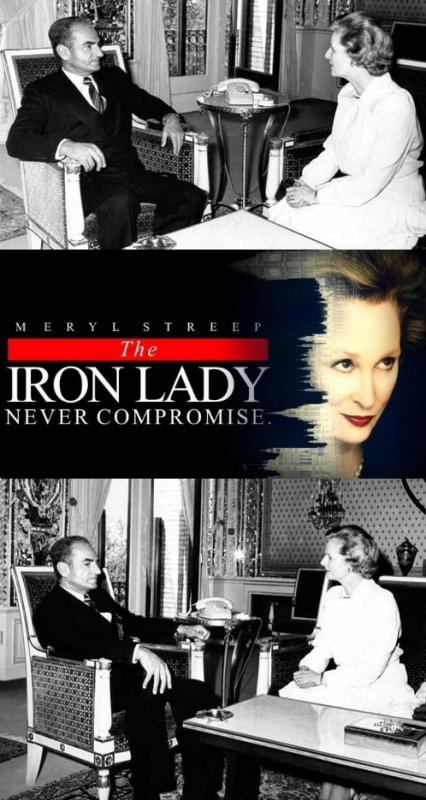 Prior to her triumphant election as Prime Minister, Margaret Thatcher as conservative party candidate, was to tour the Middle East and particularly Iran and Egypt. Thatcher is said to have been a staunch supporter of the Shah at the time of the révolution and had hoped to offer assylum to the Iranian Monarch prior to entering office. To her dismay she was advised not to by the Foreign Office. (Source: persianrealm.com)

BBC looks back at Thatcher’s relation with the Shah:


Lady Thatcher discusses her pivotal election victory of 1979 and the now infamous first words she made to the nation as Prime Minister.


Shah of Iran is interviewed in Tehran and, discusses in English, the British sale of arms to Iran, international relations, the power of the Shah, and the case of Russia. (Video Courtesy : frauenatz)

Official Trailer of the Iron Lady:

Starring: Meryl Streep, Jim Broadbent, Alexandra Roach, Olivia Colman and Anthony Head  A look at the life of Margaret Thatcher (Meryl Streep), the former Prime Minister of the United Kingdom, with a focus on the price she paid for power.