Iranian Canadian community will stand side by side of Iranian people 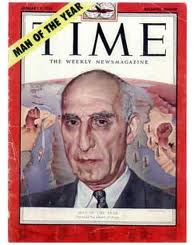 This house became a ruin

Since its breadwinner became an alien

If enslavement becomes the meaning of life

Death by a hundred times outweighs such a life

While pensioners and students, among other sectors of the Iranian Canadian community, are still grappling with the problems caused by sanctions against Iran, they now have to contend with bank account closures as reported in the media. Also, the closure of the visa section of the Canadian Embassy in Tehran, in May, has caused numerous problems for tens of thousands of Iranian Canadian families who have families in Iran.

We cannot enjoy the peace and security that Canada affords, and yet remain oblivious to the fate of our brothers, sisters, children, mothers, and fathers in Iran.

Today, the brave women and men of Iran, as their ancestors throughout its ancient history, are standing together in both good times and bad times and by their courage and wisdom are keeping Iran’s name alive.

Iranian people are moving forward in a determined and steadfast fashion, albeit fairly slowly, to assert their religious, political, and civil rights and liberties in our beloved homeland, despite all the trials and tribulations. In doing so, they see no need to rely on foreigners, colonialists, and their opportunistic agents, who have only been responsible for destruction, division, and poverty in the society.

Interest groups and individuals who take advantage of the sanctions, which are not goal-directed, and who purport to represent the Iranian Canadian community and the Iranian people should understand that no noble and patriotic persons can stand by and watch the hunger and death suffered by others, especially by their compatriots. Political agendas hidden under the guise of human rights is in stark contrast to a humanitarian vision and liberty and sovereignty for Iran and its people.

Those who knowingly or ignorantly have their hopes placed in foreign powers should heed the failed attempts to bring democracy to Afghanistan, Iraq, Libya, and Syria. Such misadventures have resulted in the loss of hundreds of thousands of innocent lives and pillage of their countries’ oil and other natural resources, all in a game played by superpowers.

Iranian people have always suffered from both foreign powers, which never believed in the agency and ability of Iranian people for self-determination, and the pseudo-intellectuals who never felt Iranian people’s pain and suffering.

A group of   ppatriotic Iranians

PrevPreviousIsrael; settle Iran’s account
NextCHARLES & REZA: Can and Should Royals Be Opinionated ?Next