Footnote to “Cowboys and Iranians” 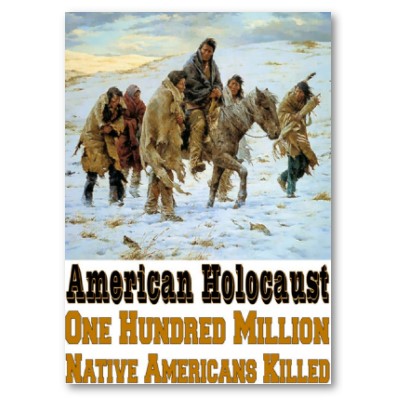 I was going to add this entry as a comment to “Cowboys and Iranian”, which I wrote way back in 2008, but JJ had closed the comments down due to the usual personal attack nonsense.

Link to “Cowboys and Iranians”:

The basic point I was making in “Cowboys and Iranians” it seems was on target, or at least confirmed by Noam Chomsky during this long interview:

Question: But if we go back to some of the things we were discussing earlier, many people would say that where these lobbies are most effective is not specific deals, but in shaping public opinion.

Chomsky: Yes, but they’re pushing on an open door, because there are independent reasons why Americans tend towards Israel. Remember, this is a long-standing relationship that goes back long before Zionism. There’s an instinctive identification that’s unique. There’s the American Indian comparison, you know, the barbaric redskins trying to prevent progress and development and attacking innocent whites: that’s Israel-Palestine. In fact, it’s right there in the Declaration of Independence, written by Thomas Jefferson, the most libertarian of the founding fathers. One of the charges in the Declaration against King George III is that he unleashed the merciless Indian savages against us, whose known way of warfare is torture and killing and so on. That could come straight out of Zionist propaganda. This is a very deep strain in American culture and history. After all, the country was founded by religious extremists who were waving the Holy Book and describing themselves as children of Israel returning to the Promised Land. So Zionism found its natural environment here.

So would you situate the Lobby primarily within the broader cultural background, where Americans look at Israel and recognize themselves?

For many Americans, it’s just instinctive that the Jews in Israel are reliving our history. They recognize themselves, and furthermore they recognize the crusaders who succeeded in throwing out the pagans. There’s the analogy to the American conquest of the national territory, the Zionists use this analogy as well, but positively. We are bringing civilization to the barbarians, which is after all the whole core of Western imperialist ideology. It’s very deeply rooted.

The above image I found at the link below which seems to have very interesting material on Native American history….which is very unlike Hollywood’s version. Here is the link: