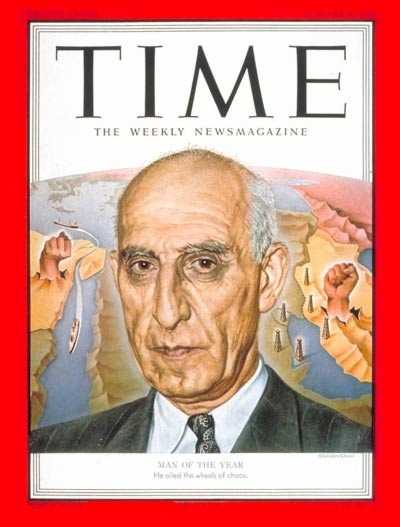 It is a mistake to relate political alliances from a period such as the 1951-1953 to the 1979 Ismalic “revolution”. The central issue of the 1951-1953 period was Oil Nationalization, whereas the central issue of the 1979, at least for intellectuals, was recognition of the threat of theocracy and their appreciation of secularism. I believe had mosaddegh been alive in 1979 he would have sided with Bakhtiar and recognized the threat of theocracy and would have fought for secularism, despite his earlier “weak” alliances with the type of Bazargan.

The weak alliances that formed the National Front in 1949 included, among others, Mosaddegh, the Iran party and the religious Bazargan/taleghani crowd.  Bazagan was never a member of the Iran Party and his political activities were mainly aimed at fighting the Tudeh/communist expansion and also the Bahai influence in universities. Prior to joining the Front, he founded the “Kanoune Mohandesin” and was involved in the  in the Muslin Student Association “MSA” for this particular purpose of fighting the Tudeh party and Bahais. But, he had little success in achieving his goals. Once the Oil nationalization became a central political issue, he latched on to the NF mainly because he saw nationalism and the oil movement as a better vehicle to combat the spread of communism. Mosaddegh did respect his engineering and managerial abilities, but was aways suspicious of his religious views, hence denying him of the post of Minister of Education” stating that he would “put kerchief’s on the heads of school girls”.

Fast forward to 1979, when all the social democratic goals that the national Front has fought for became reality during Bakhtiar’s Premiership, Bazargan was instrumental in overturning his government, precisely because those social democratic values had never been his ideals. Indeed as Mosaddegh had predicted many years earlier, Bazargan was instrumental in putting “kerchief’s on the heads of school girls”.

Although, it is true that we cannot know who precisely Mosaddegh would have supported had he been alive in 1979, all historical evidence suggest that he would not have supported Bazargan and his Melli-Mazhabi accomplices.