The Insanity of Nuclear Energy 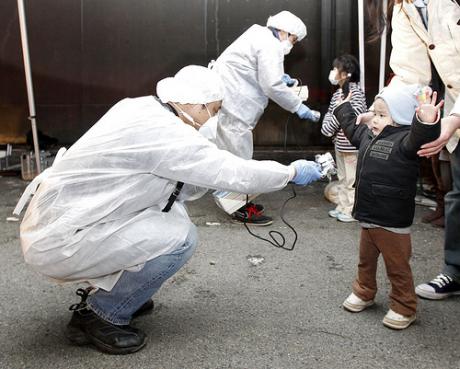 Harvey Wasserman is one writer that scares the hell out of me because each time I read his latest article. And I always ask, “How can this be?!?”

Here are some excerpts from his latest article which is a must read:

“Fukushima’s cesium and other airborne emissions have already dwarfed Three Mile Island, Chernobyl and all nuclear explosions including Hiroshima and Nagasaki.”

“Fukushima was built despite volumes of whistleblower testimony underscoring its fatal flaws. But after agreeing with proof that the GE designs were patently insane, NRC Chair Joseph Hendrie approved them anyway because doing otherwise would have killed the nuclear industry.”

Here is the link to the article:

This is from the Web site Children of Chernobyl:

“Based on Belarus national cancer statistics, Greenpeace predicted that up to 270,000 cancers and 93,000 fatal cancer cases have been caused by Chernobyl. The report also estimated that 60,000 people have additionally died in Russia because of the Chernobyl accident, and estimates of the total death toll for the Ukraine and Belarus could reach another 140,000. The Greenpeace report said the incidence of cancer in Belarus had jumped 40 percent between 1990 and 2000, with children not yet born at the time of the disaster showing an 88.5-fold increase in thyroid cancers.—Greenpeace 2006”

It should be noted that the above figures are a bit out of dated as new studies have put the figures closer to one and half million cancers.

A referendum on Iran’s nuclear activities must be held but before the vote a six month period of education about the realities of nuclear energy needs to take place so that Iranians learn about the dangers.

No Iranian wants to bring a deformed child into this world and having nuclear power plants and other nuclear acitivies will make this very likely.

If Iran’s nuclear sites are bombed with these latest bunker busters the radioactive material will spread for miles and cause cancer in millions of people in Iran, Pakistan and India.

Iran must stop all it’s nuclear activities except what it needs for nuclear medicine.