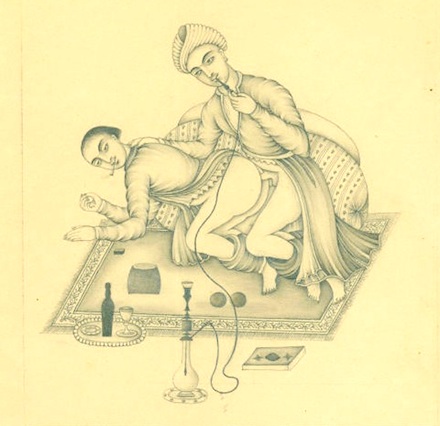 Taverns were closely associated with homosexual activities in 19th century Iran. Many of these taverns employed young boys as cup bearers and entertainers. This drawing probably depicts such environment, because of wide array of stimulants have been included in the image. Most notable are the cigarette and opium pipe that are depicted being used by the participants, and the bottle and cup of wine on the tray in the foreground. There is also a book (probably of poetry) in the foreground, demonstrating the close relationship between poetry and the erotica in popular culture.
[1]