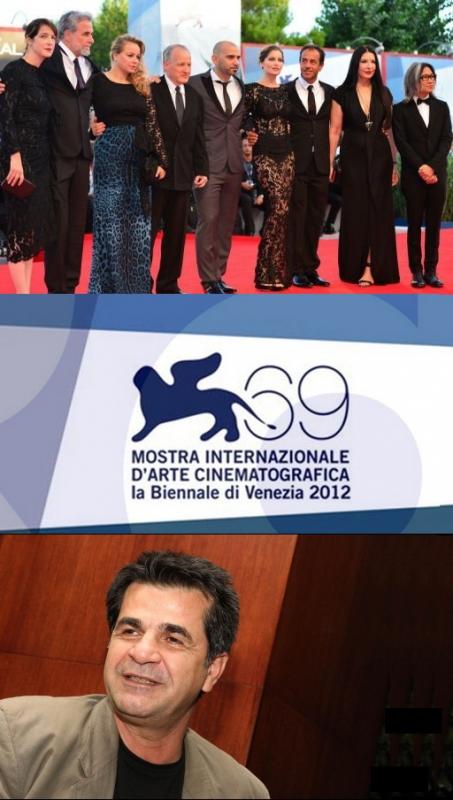 Jury and Opening with Tribute to Jafar Panahi:

Kate Hudson, Matteo Garrone, Naomi Watts, Laetitia Casta, Bob Sinclar and Michael Mann are some of the stars that hit the opening red carpet ceremony of the Venice Film Festival.

Liev Schreiber costars with Kiefer Sutherland, Kate Hudson and Riz Ahmed in this political thriller that is based on Mohsin Hamid’s international best-selling novel

The film, directed by Mira Nair, got a mixed reception from critics.

Nair won the festival’s top prize, the Golden Lion, for Monsoon Wedding in 2001.

In her new film, Britain’s Riz Ahmed plays a young Pakistani man who becomes a high flier on Wall Street before being radicalised in the wake of the 9/11 terrorist attacks.

Time magazine praised it as a “tense, thoughtful and truly international” film that “raises questions meant to test America’s conscience”.

Ahmed – who previously played an incompetent bomber in Chris Morris’s satire Four Lions – stood out in “a star-making role”, it added.

The 29-year-old was also singled out by Screen International, whose critic said he gives “a finely nuanced performance that carries the film”.

Overall, though, reviewer Mark Adams concluded that the film “never finds the right pacing or structure to satisfy the dramatic arcs”.

Variety said the film “saddles itself with a laborious narrative structure and half-baked thriller elements”.

But the Hollywood Reporter described it as “a serious-minded film whose politics demand soul-searching and attention”.

Hamid’s book was nominated for the Booker Prize in 2007.

Speaking on the red carpet, Nair said she wanted to reflect the fact that “the modern Pakistan is nothing like what you read in the papers”.

She added that she hoped to bring “some sense of bridge-making, some sense of healing, basically a sense of communication that goes beyond the stereotype”.

This year’s line-up also includes To The Wonder, the latest from Tree of Life director Terence Malick, and Robert Redford’s The Company You Keep.

Philip Seymour Hoffman and Joaquin Phoenix star in Paul Thomas Anderson’s The Master, the story of a religious cult that some have suggested bears a resemblance to Scientology.

Alberto Barbera, the event’s new artistic director, has cut the number of films being screened and has faced criticism over the relatively small number of stars attending.

Venice has come under increasing competition from the Toronto Film Festival in Canada, which overlaps with its Italian rival.

A boycott would be unlikely to cause too much damage to this year’s programme on the Lido, considering that no Iranian films are up for the 2012 Golden Lion.