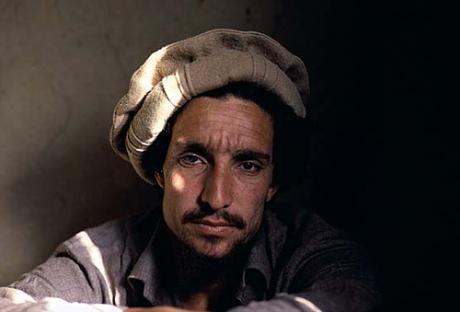 Today marks the 11th anniversary of the martyrdom of Afghan freedom fighter, Northern Alliance leader and Sufi master Ahmad Shah Massoud who was made famous during the ’80s as the Lion of Panshir. On this day in 2001 (two days shy of 911) Massoud was assassinated by agents of America’s Islamist shock-troop mercenary army in Afghanistan: al-Qaeda/al-CIA-duh.

The assassination of Ahmad Shah Massoud at the hands of al-CIA-duh/al-Qaeda sticks as a sore thumb in the narrative of Anglo-American geopolitical shenanigans. Arguably Massoud would never have become a compliant lackey to America and NATO’s plans in a post-Taliban Afghanistan, nor as a popular leader of Afghanistan would Massoud have handed over Central Asian petroleum pipelines going through northern Afghanistan over to the Anglo-American petroleum consortiums. The whole of 911 was orchestrated by the globalist Anglo-American corporate shadow government elite to commence its global grab for power and creation of a totalitarian New World Order. Ahmad Shah Massoud was the first prominent victim of this globalist Anglo-American corporate shadow government and its conspiratorial treason against humanity, and so is the first martyr of the events of September 11 2001. Two days before 911, posing as journalists, America’s Islamist shock-troop mercenary army, al-Qaeda/al-CIA-duh, had him murdered by suicide bombers thereby allowing a seamless military invasion by the USA of Afghanistan about a month and a half after the orchestrated events of September 11 2001.