Islam a Religion of Peace? I don’t think so! 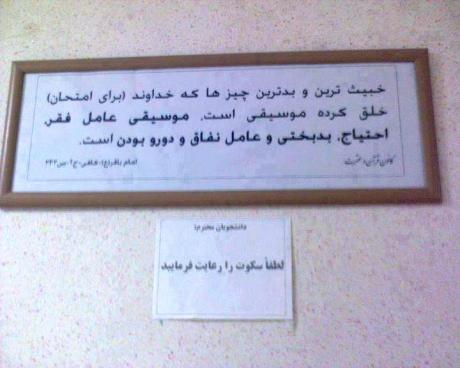 Have you noticed that the only religion that keeps repeating the phrase “… is a religion of peace” is Islam? If it were truly peaceful why would it need to keep repeating it? Do you ever see any other religion continually saying this?

When you take a closer look at current affairs though, things become a bit more clear: As it stands today there have recently been around 40 conflicts worldwide. Out of those 40 conflicts, Islam is either the cause, supporter, or aggressor in at least 31 of them!!! Only 9 conflicts are not involved with Islam in any way, or at least not directly. Now I may have incidentally missed out on a conflict but I have put together as many as I could find, here is the list:

* Islamic Insurgency in the Phillipines – Islam

* Insurgency in the Maghreb – Islam

* Insurgency in Jammu and Kasmir – Islam

* Conflict in the Niger Delta – Islam

* Sectarian violence between muslims and buddhists in Malaysia – Islam

Other Conflicts not involving Islam:

* Korean Conflict – Although fighting has ceased North and South Korea are still technically at war.

As you can see if Islam didn’t exist the world would be a lot more peaceful, the majority of the conflicts currently being fought are being waged by Islamists. So much for the religion of peace, that is at war with other religiobns (“kuffar”), women, history, culture, and even music!!!….

picture shows a sign inside a university library in Iran, posted by “The Center of Quran and Holiness”, which reads:

“The most vicious and reprehensible things that God created to test Man with, is music. Music brings poverty, misery, hypocricy, and segregation.” Imam Baqir (AS) in Usul-i Kafi