FICTION: Iran in 2012, had there been no Khomeini 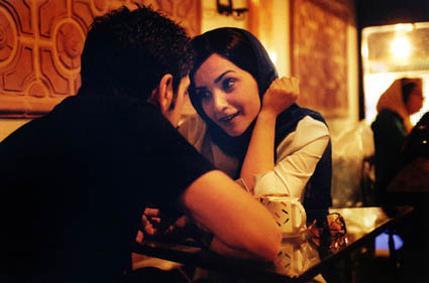 Being a woman engineer in a managerial position in Iran is hard, but rewarding. The week finally ended in triumph for me yesterday, as we were able to successfully lift the Israeli satellite into orbit from Chabahar International Space Port. This was the heaviest payload we’ve ever attempted with our new Atlas VIII orbital launch systems. I have to admit that The VIII series are the best launch vehicles ever designed by Iran as of yet, ever since we bought General Dynamics from the Americans back in 2005. The Israelis were quite pleased, and they have been one of our best clients, in the past 20 years.

Reaching such a position for someone like me is quite a feat, my mother keeps telling me. She keeps reminding me of how things have changed with Iran and women over the past century. Only 2 generations ago, women were basically confined to secretarial jobs at best, if not the traditional household tasks. Today, we’ve had two female Prime Ministers, and the current speaker of the Majles, a gifted woman. I’ve spoken to her once. She seems like a very intelligent person. Always an inspiration to women around the world. A true visionary. And she has to be too, thanks to her outstanding training at Tehran University Law School. I heard their school this year is ranked tied with Stanford Law School in the World’s top 10 universities. Even so, they still can’t beat our school Pahlavi University! We have 15 medical Nobel laureates alone teaching on our renowned campus at Shiraz, and our museum, designed by Alvar Alto, is by far the world’s top academic cultural institution. UT may be excellent in Law. But we are #1 in the biosciences. Hands down. The other day I overheard a colleague say that Marvdasht has more bio-tech start-ups than Northern California!

Sometimes I wonder if all this progress and advancement would be possible without His Majesty’s support. Although his father went through some tumultouis times, when he passed away in 1980, His Majesty Reza Pahlavi eased the country into a constitutional monarchy, similar to some European states such as England, essentially completing the Mashrutiyat Movement, a century earlier. That effectively put an end to all the leftist and Islamist groups that were trying to rally support and cause chaos. I have heard that there was a vicious Islamic leader called Ruhollah who bitterly opposed His Majesty’s father in the 1960s, but that things came to an abrupt end when he went under a bus in Najaf.

Especially when the Soviet Union fell, things really started improving. Things were not always rosy. There was Ashraf Pahlavi, the Savak, and multiple focal points of tension here and there. But one by one things gradually improved, and as we got stronger and more advanced, so did our people and culture. It took us lots of pain and work to evolve to where we are today, where only Japan rivals our technology in Asia. Just think of the things we’ve accomplished in the mere 30 years since His Majesty instituted our constitutional monarchy:

* Our economic and social success has been so strong, that many neighboring states have modeled their development after our success, the most obvious being Afghanistan and Iraq; it’s always good to have a stronge neighbor determined to lead everyone into prosperity. Our foreign policy model has been Progress through Prosperity. Our largest trade partners are the United States, The EU, and the neighboring Arab states. Everyone is happy when there are 2 cars in every garage and 3 chickens in every pot. Even the clerics in Najaf and Qom are pleased. They have been using their monetary resources to expand outward over the globe, like the Vatican has. Gone are the days of political Islam and anti-Bahaism and anti-semitism. People of different beliefs and ideologies see eachother not as adversaries, but as partners. (Our minister of higher education is a zoroastrian!) The more diversity there is, the better off we all seem to be. That’s the success story of Persia.

* Very early on, thanks to His Majesty’s mother, Empress Diba Farah, it was recognized that Persia has such vast “reserves” of Cultural Heritage, that we could practically replace Petroleum as a major source of revenue in a very short time. Her majesty immediately took it upon herself to head the steering committee to hire the world’s top restoration experts, and in a matter of 20 years, all caravanserais, mosques, ruins, minarets, and fortresses were re-built to their original state, with full cultural and environmental accomodations. The Ardeshir Palace alone, for example, once a ruin, today attracts 20 million visitors annually. This is just ONE of our hundreds of thousands of Cultural Heritage sites. The cultural heritage industry has generated so much cash in the past 30 years, that they alone can sustain the country financially, with no help from the tech sector! Why go see the Vatican, when you can visit the original Shrine of St. Thaddeus (one of the 12 apostles) in Iran?! Why see St. Paul’s cathedral, when you can go much further back in time (or even much much further back) with 5-star accomodations? Why see The Versailles, when it is dwarfed by the grandeur of the restored Persepolis?

* Thanks to the economic boom we experienced, the region forgot its wars and conflicts, and Iraq, Israel, Lebanon, and Egypt are all at full trade and political relations with each other. The Arabs and Israelis became so friendly with eachother that a Palestinian state was even established in the Clinton era, and today, they have prospered like never before! Their casinos only rival that of Monaco!! If only the leaders of 2 generations ago were here to see how things have changed! Even Saddam Hussain realized the value of economic prosperity once he saw how fast we were advancing in the 80s.

* We’ve hosted an olympic (1996), a World Cup (2002), and we lead the world today in EV (electric car) production. His Majesty’s father is to be credited for that vision. It was he who said that burning petroleum for fuel is foolish, like burning a Mona Lisa painting for warmth. Luckily, we found other ways to use our petroleum reserves. Today, 98% of the country’s income is from non-petroleum related induistries, and Pars Khodro just opened its 2nd plant in Michigan!

* Our nucear reactors are the most advanced in the world. We have 22 reactors that are based on the Canadian CANDU designs, and 6 type IV reactors built by Areva (40% of which we own) that are essentially accident-risk free in their designs. Too bad the japanese did not take our offer to upgrade their Fukushima plant. Tragic what happened to them, considering that our reactors routinely withstand 7-8 richter tremors and have a better safety record than what the American NRC can imagine! It always helps when you have the world’s largest skilled engineering workforce. In fact, we export so much energy that we alone can supply western Asia’s projected energy needs for the next 100 years!

* Our 100% privatized (hence non-subsidized) agriculture sector has grown so rapidly that (for example), Traktor Sazi Tabriz now is a top 10 member of Fortune500, with exports to 125 countries in everything from genetically modified Kharbozeh that grows in salt water (but tastes just as good as the original Mashadi version), to fully robotic combine harvesters!

Anyway, as I write this, I am currently cruising along the countryside on the Zahedan-Tehran Maglev high-speed rail system, watching the miles and miles of green farmland that was dry and arid, only 30 years ago. We boast the world’s largest Maglev network (with major hubs at Tehran, Mashad, Shiraz, and Tabriz). If there will be a country that will be prepared to absorb the shock of declining petroleum resources, I have no doubt it will be Iran.

I thank heavens over and over again, that our country has never tasted religious extremism, fundamentalism, and political turmoil that many other states in the world are spiraling into. The other day, I was watching the news of some zealous cleric in Nigeria who kept shouting behind the microphone “Death To America! Death to Britain!” I could not understand what was driving his frightening intense hatred to wish for the death of another nation! Fear? Power? Religious zealotry? I suppose I never will know, for the Iranian mind and psyche in my opinion is not built for that kind of negativity. We are philosophers and engineers and artists at heart. We love life, not hate it! How could we ever lose our minds like that!? Thank you heavens, for blessing Persia with rationality, health, and spiritualism, not religious fanaticism and hatred!

Oh, here comes Shahyad Square station! Time for me to get off!