On the Sanctions Against Iran: Reflections from a Child of the Iran-Iraq War 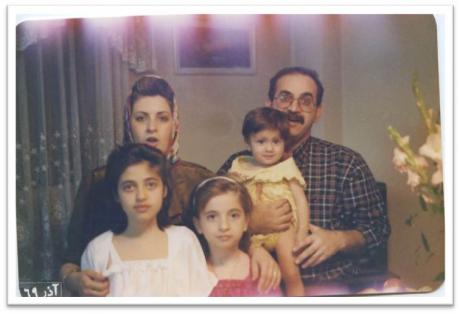 There is a history that echoes and scratches within my blood. It tells stories of the suffering of my mother, my father, my sisters, my uncles, aunts and their grandparents. It is a story of suffering, sacrifices, resilience and solidarity. Often, I am fooled by the smiles of their tellers. However, never forget, behind the hospitality and honesty of my mother’s smile lay wounds that will forever haunt the corridors of all of our histories. They are wounds caused by the brutalities of war, the deaths exalted and the innocences lost. Today, as the drums of war continue to beat ever louder, echoed by the growing burden of sanctions on the backs of ordinary Iranians, it has become apparent that what is called for now is a telling of these stories.

My name is Shahrzad. I was named after Shahrzadeh ghesegoo – Shahrzad the Storyteller- whose telling of stories ultimately saved her own life in One Thousand and One Nights. In the story, King Shahryar, after having his heart broken by his unfaithful wife, takes to marrying virgins, sleeping with them and killing them the next morning. Witnessing this killing, Shahrzad, the daughter of the King’s vizier, offers herself to become Shahryar’s next wife, devising a plan to put a stop to his killing.

On the night of their marriage, Shahrzad begins to tell the King a story, making sure not to reveal its ending. In order to hear the end of the tale, the king allows Shahrzad to live and finish her story the following night. Shahrzad continues in this way for one thousand and one nights, weaving her tale each night and in so doing sparing not only her own life, but the lives of one thousand and one other women. Here is my story. Perhaps it too can save lives.

I was born in Tehran, Iran on November 30, 1989, a year and some months after the end of the eight-year long Iran-Iraq war. I have two older sisters who lived the years of their childhood amidst a country torn by war. During these years, my family lived in the southern city of Ahvaz, which was at this time one of cities most wracked by violence as it directly borders eastern Iraq.

On certain nights, my parents and sisters would hear the deafening sound of fighter jets above and would, out of fear, flee to the ground level of their apartment complex, where they would take shelter under a staircase. My sisters, like the 16 million kids living in Iran today, were children of only six and nine years.

Under the shelter of the steps, my dad would tell my middle sister that what were in reality airstrikes, brought on by Saddam’s regime with the help of the United States’ government, were in fact only stars in the sky. For some time after these airstrikes, I was later told, my sister was terrified of starry nights, running to cry and hide in her room when she saw them.