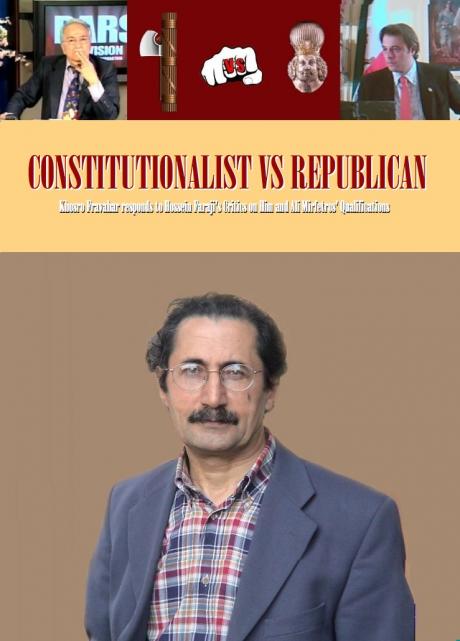 
(NOTE: Go to approxim 27 Minutes where Constitutional Monarchist Khosro Fravahar explains that his mother is Austrian and that he has had members of his family who Opposed Nazi Germany including his grandmother’s brother who was from the Tyrol was executed by the Nazis in their Working Camps.)

EXAMPLES OF GERMAN & AUSTRIAN MONARCHIST OPPOSITION TO THE NAZIS

The way Adolf Hitler is constantly portrayed as a figure of the political “right” is astounding. The idea that anyone could perceive the leader of a group called the National Socialist German Workers Party as anything close to being a “conservative” defies belief. And yet, many seem to do just that. Of course, Hitler was not a conservative, not a member of the political right and Hitler himself would have considered such a classification deeply insulting. He despised everything that the traditional, right-wing conservatives of Germany stood for. This included Christianity, the aristocracy and, of course, monarchy. Hitler was, and always considered himself, a revolutionary and a socialist; he was simply a national socialist whereas the communists were international socialists. By his own admission, Hitler was a “little revolutionary” from his very boyhood, growing up in the Dual-Empire of Austria-Hungary and, he makes it perfectly clear in his own autobiography that he had nothing but contempt for the Imperial House of Hapsburg. More Here

This Scene from the Sound of Music ( based on a true story by the Austrian Von Trapp Family) probably best expresses the Austrian People’s Ambivalent Relationship with the Nazis shortly before and after the Annexion of Austria by Hitler. Many Austrian Monarchists paid with their lives others chose to go to exile rather than serve under the Nazi Flag.

THE STORY OF SOPHIE SCHOLL

Youth Opposition to the Nazis – The Story of Sophie Scholl :

First State Visit since 1893 of a Persian Emperor to Vienna, the Shah of Iran walks in the steps of his Qajar predecessor Muzzaferedin Shah on a royal tour of the eternal capital of the Former Austro Hungarian Empire.

Satrapi watches Sissi’s Waltz in a scene from Persepolis:

The Desert Fox – Churchill’s Salute To His One Time foe:

Other Constitutionalists Blogs by Khosro Fravahar:

Khosro Fravahar: Who Betrayed the Constitution in 1953 The Shah or Mossadegh?

Young  Constitutionalist Explains why he Favors Monarchies over Republics