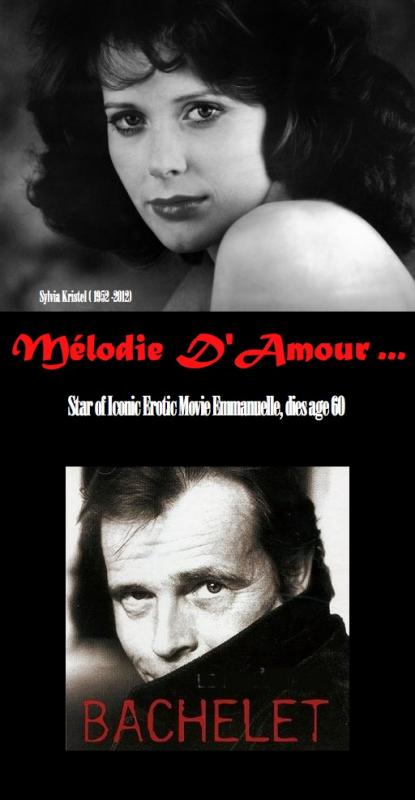 
Sylvia Kristel on the Emmanuelle Series:

A collection of clips featuring Sylvia discussing the Emmanuelle films.  ‪http://sylviakristelfans.blogspot.com/

“She died during the night during her sleep,” her agent Marieke Verharen told the AFP news agency.

The actress, who had cancer, was admitted to hospital in July after suffering a stroke.

Emmanuelle, which told the story of a sexually promiscuous housewife, spawned numerous sequels and played in a cinema on the Champs-Elysees for 11 years.

Kristel herself attributed its success to the changing censorship laws of the era.

“In a lot of countries the light went on, and that contributed very much to the success,” she said.

In the UK, however, the film was given the restricted X-rating, and suffered heavy cuts.