The Shah of Iran and Ayatollah agree. 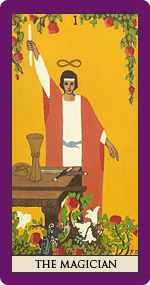 Iran should be managed without oil income: cleric

“… Iran requires proper management in the production sector and saying goodbye to oil ….”

Road to Salvation
It is almost unheard of, and unbelievable, but I agree with this statement from an Ayatollah. It is exactly the same, as what His Imperial Majesty Shahanshah Aryamehr said in the 70s. The Shah said, that Iran would have to have 23000 MWe of power from nuclear. He then ordered my dad to set up the Petrochemical industry of Iran, to have downstream derivative revenues in Iran, and not burn oil.

It did not happen
Above are the languages, of the main countries, which are still benefiting from Iranians arguing with each other. The statement is the same throughout, and I am too embarrassed to put it in plain English.

We Iranian do agree
On two thoughts, if on nothing else, we Iranians agree now. Oil must not be wasted, and call it Arabian Gulf, and both a pro Ayatollah and a Pro Iranian will give you a stern look. Yes the mad Ayatallahs have some respect for Iran’s geography, even though their dogma is totally out of the world of living.

Living with a Prayer
And the world of the living, has brought some humility to the prayer halls in Qom, if you really want to call them prayer halls. There is no Yasna there for sure. Ancient Iranians had oil altars, that were continiously alight from the moment they came, as the first humans to settle there out of Africa some 20,000 years ago. What we wrote was so important that the Chinese cherished it reprinted it. Yes the Chinese respect ancient Iranian words.

Toil, Tarot and Tarof
We Iranians invented the Oracle with Ganjifeh, but the Indians and Chinese hold all the cards. They and the Jews play that game which is now called Mahjong. We toil, but the oil goes into their hands. The oil of Iran energizes factories in India and China, and not the factories in Iran.

Quo Bene
The workers in India and China benefit, and build things with their hands, from our resources. What are the Socialist Workers Party in Iran going to say about that now? Che daste gol ab dadi? Remember the Communists going on strike in the oil industry in 1978, that brought Lucknow educated Khomeini in from Socialist France to Iran, bedooneh tarof?

The Magician
This card came after I wrote this. It reiterated the needed cultural Knowrooz union in Iran that will focus us forward.