THE HOLLOW CROWN:Upon Obama re election ‘Citizen Pahlavi’ must partially step out of political arena 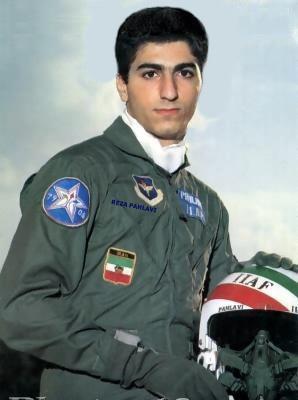 The Man in the Arena :

“It is not the critic who counts: not the man who points out how  the strong man stumbles or where the doer of deeds could have done better. The credit belongs to the man who is actually in the arena, whose face is marred by dust and sweat and blood, who strives valiantly, who errs and comes up short again and again, because there is no effort without error or shortcoming, but who knows the great enthusiasms, the great devotions, who spends himself for a worthy cause; who, at the best, knows, in the end, the triumph of high achievement, and who, at the worst, if he fails, at least he fails while daring greatly, so that his place shall never be with those cold and timid souls who knew neither victory nor defeat.”

-Theodore Roosevelt  “Citizenship in a Republic,”
Speech at the Sorbonne, Paris, April 23, 1910

The key now for us monarchists ( Constitutionalist or Not) or anyone who shares our views and vision at least is how do we organize ourselves on the long term and THINK STRATEGICALLY ? …

Our political foes will try once again to flirt with the Obama administration starting with NIAC but also the reformists, the mossadeghollahis, the Jomhurykhahs ( secular or not) …

I don’t think it will be a surprise to say that we will be seeing more of the same “roshan fekrs” of the likes of Ramin Jahanbegloo, Massoud Behnoud, Homa Sarshar, Trita Parsi, Abbas Milani, Shirin Ebadi and co, all over VOA, BBC Persian, or CNN ( Fareed Zakaria, Amanpour) preaching a “Gandhi Like” or “Mandela Like” approach to Iran’s regime in order to have an influence on the course of the events and shape the type of regime they have in mind ( and we know which one that one is don’t we ? ) or reform they want to see triumph in Iran.

As such I believe we monarchists must not enter their game nor jump on the bandwagon of the upcoming and inevitable “Intergalactic Obamamania” which will sweep across the world once again and not just on our tv screens or on the internet.

Hugo Chavez Says He Would Vote for Obama – US News

FACT CHECK: Sarkozy Honored Our Shahbanou … Obama Apologizes for 1953 calling it a «coup»

Let OU BAH MA NEEST and those who support him and all those who supported and voted him in office do what they want or deem right but we will be watching them closely and in the right time shall strike back ! …

Let is be Understood that POST NOV 6Th We Monarchists consider ALL the above groupes as POLITICAL RIVALS … NOT ENEMIES ! … But don’t count on us to support your efforts to appease relations between the US and Iran.

Any support will be conditional and we won’t accept to be insulted or dismissed or lectured on notions like “democracy” and “Human rights” as if we were some kindergarten pupil with no opinion or experience of our own on these very important and essential subjects.

JOMHURYATKHAH VS JOMHURYKHAH: UK & US Bill of Rights – Similarities & differences

Yet the intellectual arrogance of the Iranian Jomhurykhah Constituency is Nauseating to say the least and personally I won’t allow anyone to insult my intelligence be it Prince or Pauper !

Question now is if the man whom we monarchists to date consider as our sovereign will be politically subtle, savvy and alert enough not to fall for their trap ?…

It is hard for me to say this all the more that I have and remain a staunch supporter of the Crown Prince not as a mere Citizen but as my Sovereign and King.

However I cannot remain silent seeing that his strategy is heading nowhere for reasons that have less to do with his long term chances of restoring the monarchy but rather in the shortsightedness of his political wisdom which has annihilated his very own staunchest constituency from taking the slightest action on his part or in defending his father’s political and historical legacy in the face of all the attacks and mudslinging we Monarchists have been subject to all these years.

I can always try to comfort myself with the illusion that the Crown Prince is not responsible for this failure but that would not be honest. For the past 3 decades but probably more importantly for the past 12 years since September 11th, Crown Prince Reza has been his own worst advisor.


I am first and foremost a Monarchist not a « Pahlavist » which is becoming one of those “fashionable words” we Iranians love being associated with like « Liberal » , « secular » ,”shah’s of sunset”, synonymous of « everything and nothing » …

The Concept of the Monarchy is timeless and transgenerational … it doesn’t have to obey to “fashion trends” that come and go otherwise it loses it’s magic and alas this is what the Crown Prince is doing to the institution he is supposed to embody and defend.

I do understand that there are people within the monarchist camp who are not representative of the large majority of Constitutional monarchists and who have hurt more our cause than they have done any good:

The Los angeles TV’s have been highjacking the Monarchist flag and cause to disastrous levels:

But is that a good a reason to annihilate your most staunchest supporters or to dismiss them as nothing more than “Shahollahis” ? …

Or expect us to be slammed as “Fascists” ( by folks whose very own republic organized a conference denying the reality of the Holocaust ) and not respond ?

All the more that When those opposing our cause are far more dismissive than meets the eye:

There are LIMITS to how much insults we Monarchists are ready to digest:

For ultimately your Majesty It is this ambiguous approach which you have chosen to take which has created a confusion in the public mindset and general misunderstanding of two entirely different concepts :

B) That of Leadership which is linked to political action. One to which you even as King Apparent are entitled to as any other Iranian “Shahrvand” wishing to enter the political arena. After all in exceptional circumstances, particularly if we deem our country in danger, even Kings and Princes are entitled to an opinion :

CHARLES & REZA: Can and Should Royals Be Opinionated ?

Yet the two notions (i.e: Sovereignty & Leadership ) could have been and still can be reconcilable to a certain extent if the political climate and the support of an ACTIVE Diaspora would allow that in your favor … but that is not the case or at least far from satisfactory compared to what your royal highness could have rallied some years ago partly thanks to your staunchest supporters:

But you took upon yourself to let them down and jump on the bandwagon of the Green Movement:

How YOUR “Green” Color Was Chosen & By WHOME !

If another generation has to sacrifice itself and waste it’s energy, health, youth and passion as I have for the past 3 decades and particularly for the past 12 years in the name of a noble and beautiful cause in which our very own royals hardly believe in … then might as well let go !

We’ve heard your call Your Majesty …

The Question now is … have you heard ours ?

I believe I have been supportive and loyal to the best of my capacity for the past 3 decades to allow myself this blunt observation on Your Majesty’s general conduct.

For as much as « Reza Shah Dovom » remains in our hearts as he has from day one when he took an oath as Roi de Jure (i.e : King apparent) on October 31st, 1980 … I’m afraid « Citizen Pahlavi » on the otherhand is beginning to look as unrecognizable as an unidentified flying object …

In the hope that the errors of the past, and lessons learnt, will help the Persian Phoenix arise from it’s ashes once more, and stronger than before, whilst contributing to paving the way towards the necessary resurrection of a powerful, self confident, and unapologetic Constitutional Monarchist Movement which is long due !