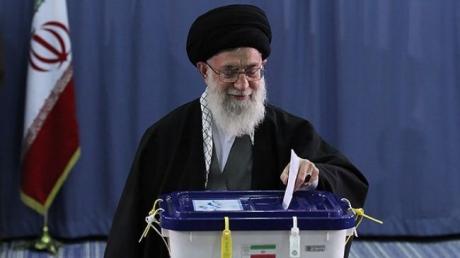 Recently Noor film Festival put out a Public Service Annoucement presumably asking California-Iranians (the largest group in the US) to vote in the upcoming US election. Mostly though the emphasis was the Presidential election.

The argument that this is an important thing to do, sounds nice. But not the way it actually works. Watching the entire ad for Noor Film Festival and the good natured Iranian Acting Comunity, one got the sense that we don’t seem to really understand this (or any) Democracy, and certainly we don’t apparently know how it works in California. And then, if you are me, you start to wonder about all Iranians in the whole US.

Voting LOCALLY is the ONLY important reason to vote, for US-Iranians.

Nationally, our vote, especially in California is moot. Whether you like Romney or Obama is moot. Obama has already won California because the Electoral voters (who really elect the President) have already indicated they will all be voting for Obama.

Electoral voters are the hard core designated Party Loyalists. In California’s case, ALL die-hard loyal members of the Democratic Party. According to the US Constitution The President is never elected by the popular vote of Iranians.

So unless we could sway the Electoral voters, our vote for President does not matter. Whatsoever. Or especially in California. California will always go to the Democrat. To clearly illustrate, if only 3 people total in California voted, and 2 of them voted for Romney and only 1 voted for Obama, California’s 55 electoral votes will still go to Obama.

I say this facetiously to make the sarcastic point that I don’t think many Iranians actually get. Certainly the Iranian Acting community and the Noor Film Festival don’t appear to get this. Maybe they were acting ignorant!

The US Constitution is interesting reading, I suggest comparing the US’ to Iran’s on Halloween Night. (talk about a Scary Bedtime Story!).

So California is safely going to go to Obama this election. No Fear, No Panic, No need for a public service announcement promoting a film festival and the Iranian Acting community.

This ad would only be useful in Ohio, Virginia, and Florida. But given the relatively few Iranians that actually live there, and fewer who could attend a film festival or support Iranian actors, that would be largely pointless.

The ability to understand how the US election works, makes it important to understand what the real participation in American Politics for Iranians is about. Which is that the action for us as Iranains wherever we live, is at the local level, not the national level.

Of course deciding on a city bond issue to raise funds for parks and clean streams, or the education of our increasingly overweight and spoilt kids is not as much fun as deluding yourself that you are affecting US foreign policy with Iran. And if you focus on this delusion, you can even gloat publicly in self congratulatory posing at the next party, that you actually helped pick the winner. You mattered! You are such a politically savvy player!

In this election, given the solid polarity of the electoral votes that are already known, Ohio, Florida and Virginia will matter more than the most sincere role played by the best Iranian actor in history. Which is Vossoughi.

So, if you live in any of these 3 states, and are Iranian, and not an actor, and happen to vote the same way that your electoral voters will, you might have a chance to think and exclaim that you singlehandedly affected the US Presidential election. You are indeed the mouse that made sweet love to the elephant.

Everyone else though, can’t make the claim.

Which leaves Iranians with the boring un-sexy local election. You know, the one that actually affects your pocketbook, your gated neighborhoods, your future, your kids, and and your every day to day lives.