VOA OFOGH: Lack of Leadership and state of the Iranian opposition to IRI 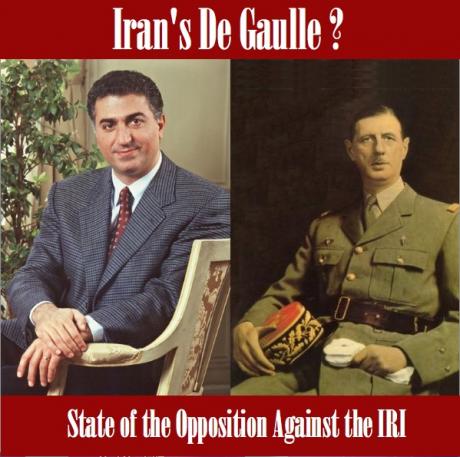 During a recent visit to Kosovo this week, Secretary of State Hillary Clinton rightly observed that the Syrian exile group has no visible opposition leader, adding:

« The Syrian National Council, which is made up mostly of Syrian expatriates cannot alone shape the future of Syria apart from those fighting and dying inside the country amid a civil war that has claimed more than 30,000 lives.

“This cannot be an opposition represented by people who have many good attributes, but have in many instances not been in Syria for 20, 30 or 40 years,” Clinton said during a joint news conference with Croatian President Ivo Josipovic in Zagreb. “There has to be a representation of those who are on the front lines fighting and dying today.”

Her remarks come as preparations are underway for Arab League-sponsored meetings next week in Doha, Qatar, that will focus on the composition of a post-Assad political leadership in Syria. (Read More in CNN article Here)

Question : If the above blunt observation applies to the armed Syrian Opposition What can genuinely be said about the strength and credibility of the Iranian Opposition to the IRI which for the most wish to either reform the IRI or topple it through ‘Gandhi Like’ or ‘Mandela like’ civil disobedience ?

Siamak Dehganpour interviews members of the Iranian opposition in exile on the difficulties of rallying all factions around a common platform. (Source: persianrealm.com)

‘Charter 91’ Seeks to Unite Iranians Around a Tolerant Vision