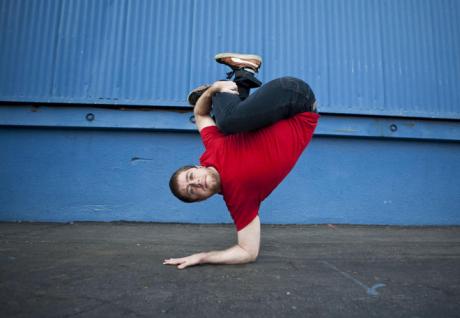 Tell me about your artwork. What medium(s) do you work with primarily?
I work primarily in documentary film but I’m also a dancer. Sometimes those two collide and I make films that involve dance. You get the point.

What are some people, events or things that have inspired you as an artist?
I’m a big admirer of filmmakers like the classics Albert and David Maysles, and contemporary doc filmmakers Doug Pray and James Longley. I would say that more of my inspiration comes from the vibe I get from human stories. In dancer terms, the way we decode, interpret, and communicate with sound is a unique relationship to that sound and energy, so I like to think I do the same thing when I make films.

How does your identity as someone of Iranian descent influence your artwork?
That’s a tough one. I would like to believe that the collective creative inheritance of Hafez, Rumi, Ferdowsi, Sa’adi, and Ibn Sina have been passed onto me through some type of magical hereditary mind state, but that really isn’t the case. I think my perspective as being ethnically Iranian and European American (whatever those two things are) influences my work to deal in the blurring of borders and being mindful of the both proud and shameful legacies we have all left behind.

What projects are you working on now?
I’m currently working on a feature length documentary about prison inmates in Chicago that have converted to Islam and are now transitioning out of incarceration.