The Killing of Sattar Beheshti 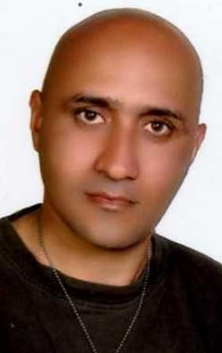 Sattar Beheshti died sometime in the last few days. I never met him in person. What I know of him from the times we talked over the phone was that he was a simple young man, a hard worker, a son to a mother to whom he was devoted. I also know that he loved his country.

By all accounts Sattar was brutally tortured to death. Word has been trickling out from Iran, and apparently other political prisoners saw him in the week he was in Evin Prison. They said he was badly beaten, that barely a square inch of his body was untouched by the monsters who interrogated him.

Sattar was arrested by the government thugs who investigate any online activity on Facebook and Twitter that they deem to be against the Islamic Republic of Iran.

What is curious is how quickly they killed Sattar. He was only arrested on October 30, 2012, and by November 6, his mother received a call to buy a plot in which to bury her son. I have to wonder if he had been more famous  if they might not have been so fast to end his life. Was he someone the “cyber police” were using as an example to warn other young people against sending Tweets and Facebook postings? Did he hold out on giving them the information they were seeking to the point that his torturers lost control?

We’ll never know the answers to these questions.

What we know is that Sattar’s love of country made him a target. We know that he was brave and raised his voice in protest. In one of our conversations I cautioned him to take care, and Sattar responded that he saw the faces of the people in his country, how difficult their lives were and how poor they were, and that he couldn’t be quiet as long as they suffered.

Sattar’s life is just one more that has been cut short by a regime that places no value on human life. Unlike any of the current events in the Middle East that get airtime from international media outlets, Sattar’s death will be a blip that a few of us will write and talk about. He didn’t die out in the streets where the world would see, but instead Sattar died in the shadows where cowards kill innocent people behind closed doors.

They will remain until we unite. Sattar knew this. He didn’t live to see it, but he understood that once we join together against the evil that has controlled out country since 1979, we will see its end.  Until then, we will remember Sattar…his face etched in our mind just as the faces of Neda, Sohrab, Akbar, and the thousands of others are.

AUTHOR
Reza Mohajerinejad is one of the student activists and organizers of the 1999 Student Movement in Iran known as 18 Tir. His book, Live Generation, is available on Amazon.com.