“ARGO” – Nothing to be worried or ashamed of! 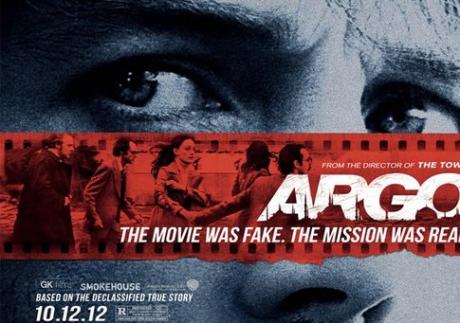 I didn’t read any reviews of “Argo” before seeing it. I did not want to be affected by any of them. I had heard that some Persians have felt ashamed about what their fellow countrymen did back in 1979 at the US Embassy in Tehran, and some believe the movie gives a negative impression of Iranians to the world.

To me, “Argo” is just an entertaning movie, like many other movies that Hollywood produces. After watching it, I was just happy that at least the filmmaker has been fair enough to give an introduction about the US role in 1953 Persian coup d’état. Hopefully Hollywood will one day make a film about shooting down the Iranian airbus in 1988 which caused killing of 290 civilians over the Persian Gulf.

In “Argo” the locations were fantastic, especially the US Embassy building, which is quite similar to the real one in Tehran. Thank god that “Argo” guys did not film that in Arabian deserts!

Parts of Persian-language dialogue are funny: for example, in the end of the scene with at the Culture Ministry in Tehran, Argo and the Iranian official say “Salaam” (hello), instead of “Khodaafez” (goodbye)! Also some Persian speakers have an American accent, which shows the filmmaker has used Persians who grew up in the United States. Of course, there are many in California who speak Persian with no foreign accent.

Anyway, if you are intrested in routine exciting films of Hollywood, go on and watch the film. Nothing to be worried or ashamed of! 🙂