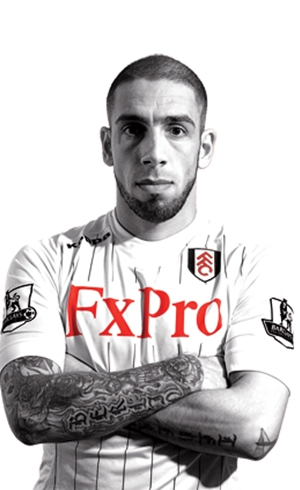 Iran’s national football team will face Uzbekistan at Azadi Stadium tomorrow, Wednesday Nov. 14th. This is an extremely important match for Iran in order to qualify for 2014 World Cup in Brazil. Iran currently sits at the top of Group A with 7 points along with S. Korea. Uzbekistan is in the third place with 5 points. Qatar and Lebanon are the other two teams in the group with 4 points each.

A win will put Iran in a very comfortable position to automatically qualify for the World Cup, with 3 more matches in June 2013. A tie will complicate things and a loss will be a disaster.

All eyes will be on Ashkan Dejagah of Fulham (English Premier League) to bring in the much needed fire power upfront. He had a great game against the mighty Arsenal on Saturday. In my opinion, he is our best player right now. He will be teamed up with Ghooch who is a great striker in Belgium.

Ali Karimi is injured and out. Iran’s Coach Carlos Queiroz was red-carded in the last game against S. Korea and will be watching the game from the stands. His assistant Simoez will be directing the team from the bench.

The kickoff is at 8:30 AM west coast time and it will be raining in Tehran.