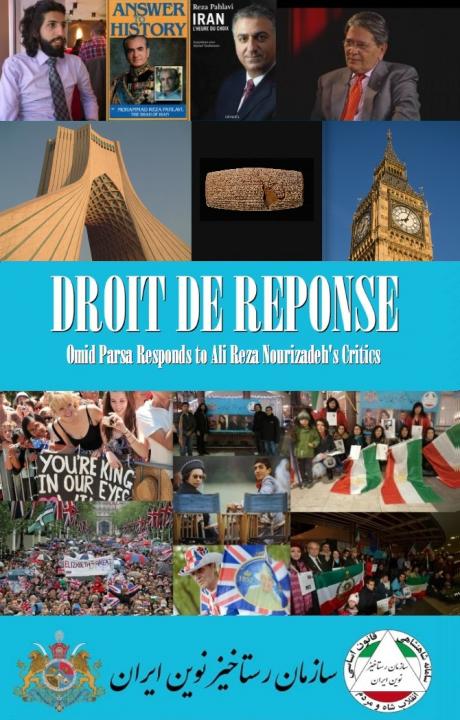 The Organization ( See Website) is clearly an independent initiative by Iranians living in Sweden most of them refugees and former prisoners of conscience as seems to be the case for Omid Dana ( a former Green turned Monarchist) who was arrested during the 2009 protests. From the little I know other than the clumsy name choice of their party (rather a student club at best ) which is inspired by the Shah’s single party system, these young folks have not expressed any desire to rule the country nor establish themselves as anything other than supporters of a constitutional monarchy based on the 1906 Constitution which prevailed prior to the Islamic Revolution of 1979.

Regardless of what they support, to my knowledge these young men and women have not been involved in any acts of violence, so why shouldn’t they be entitled to expressing themselves ?

Any support and affection they have expressed towards Iran’s royal family has been in a gesture of solidarity and compassion in response to the Crown Prince’s call for unity of all political forces who wish to see a change of regime in Iran.

A QUESTION OF LOYALTY

Nourizadeh however expresses surprise that the Crown Prince has found a new group of supporters when in fact it is naturally logical given that Crown Prince Reza whether he likes it or notmade an Oath as “Roi de Jure” ( aka “King Apparent”) on the 31th October 1980 in Cairo shortly after his 20th birthday.  He pledged to upon his father’s death to respect, protect, defend the Constitution of 1906. So contrary to what Nourizadeh Claims, the Crown Prince has not found a new set of supporters but merely loyal monarchists who have never turned their shirt since day One.

Rastakhiz Novin Group In support to the political Prisoners in Iran:

PrevPreviousTurkey sees no clash with U.S. over Iran ‘gold for gas’
NextThe Women of Camp AshrafNext