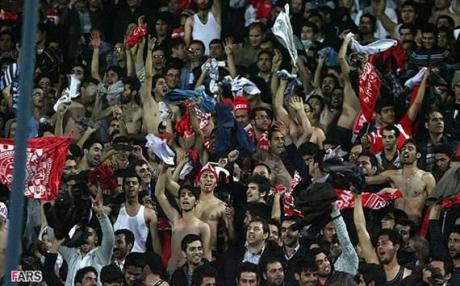 To protest the Iranian government for not protecting the Azerbaijani earthquake victims against winter cold and in sympathy with the victims, Azerbaijani soccer fans took off their clothes in Azadi Stadium in Tehran during a game which resulted in a win for Azerbaijani soccer team Tiraxtur (Tractorsazi) against Perspolis.

Recently, Iranian parliament struck down a bill that was presented by Azerbaijani members to accelerate the relief efforts in Qaradag region, Azerbaijan, Iran.