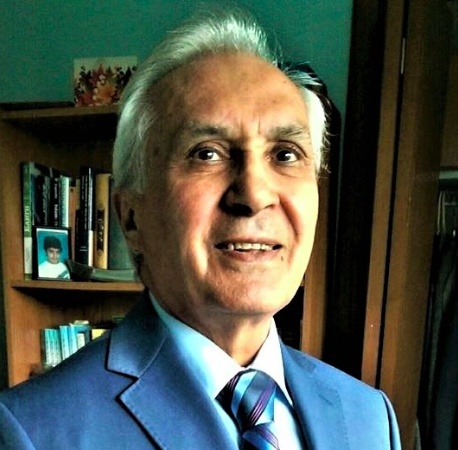 Bringing Heaven Down To Earth

According to a Gallup poll, more than one-third of Americans considered themselves as being spiritual but not religious, and secularism, as measured by the number of people who do not wish to be affiliated with a religion, is rising in the U.S. at a progressive rate.

It seems that people in the U.S. and in other developed nations continue to desert religion. What is triggering such abandonment seems to be primarily the popularity of the Internet and social networking and the subsequent dissemination of a massive amount of information across the globe. These vehicles allow people to express themselves on such things as: their harsh criticism of religion without fear of reprisal; news stories concerning violence, atrocities, killings, kidnapping, inhumane punishments, sex abuse scandals, and other ills that are being perpetrated in the name of religion, often with the blessing of those who claim to be guardians of the faith. The desertion of religion also seems to be fueled by the scientific discoveries that have rendered most religious claims invalid and have unraveled the mysteries that religions tell us are the work of an all-knowing, supernatural God.

People in modern societies have gotten the courage to question religious claims and challenge the religious institutions that have been revered as God-given for too long and have dominated their lives and the lives of their ancestors. Modern nations are increasingly embracing individualism and are moving away from the tribal mentality of religious institutions. Respect for personal and civil rights and the sanctity of life are becoming universal values. People are venturing more inward than outward, reaching their spirit in search of answers to life’s most indispensable questions and rejecting the monopoly over answers and claims enjoyed by religions for so long. Science has now provided judicious answers to most of the inevitable questions; however, science does not try to control every aspect of human life as religion does. Science for instance, tells us how we got here, but not where we go after we depart from here.

In the primeval era, adherence to an institutionalized religion was a necessary survival strategy without which an individual could not obtain the basic necessities of life, material and mental. In the modern era, the 21st century in particular, this reason for belonging no longer applies. The needs that once were taken care of by religious institutions are now being taken care of by government and by private charitable organizations. In addition, higher education has taught people to think critically and gain the modern skills that enable them to succeed in earning a decent living without the need for religious handouts.

As a rule, when it comes to religion, there is no choice. Once people allow themselves to be enlisted into a systematized religion, they have no choice but to accept its belief system, follow its guidance, and observe its rituals.  Additionally, the threats and restrictions imposed by some religions seem to dominate the mentalities of adherents and preoccupy them with fulfilling the obligations that come with believing thus preventing them from free and creative intellectual functioning, or earning income and developing wealth-building skills. Perhaps this is why the standard of living in highly religious countries is abysmally low and their denizens are poor and generally apathetic to material success. Resources that are tied up in time-consuming religious requirements can be otherwise utilized to improve individuals’ lives and socioeconomic conditions. Likewise, when released from religious predicaments, obligations, and institutional allegiance, the human mind can be more productive, inclusive, pacifist, altruistic, generous, kinder, and more focused on what it takes to be a decent, open-minded human being in this world instead of being obsessed with what to do to attain an allegedly eternal life in the next.  Unhampered by religious dogma, individuals can feel free to collaborate with fellow human beings and to work for the common good and not just worry about saving one’s own self.

Seemingly, religion is on a descending trajectory, especially in the modern world, and atheism and secular spirituality are on the rise. Well-informed people now trust the science that has gifted them with life-enhancing amenities like wireless technology. Science has enabled them to communicate with one another spontaneously across the globe, venture deep into space, and find a cure for most of the diseases believed to be incurable in the past. They no longer feel pressured to choose a religion that urges its followers to seek voodoo medicines and pray for healing never mind the fact that there is no proof for their effectiveness. Science that has landed a man on the surface of the moon is replacing religions that had landed a man on the top of multiple wives. Independent thinking, secularly spiritual people do not need Mosques, Synagogues, Temples, or the gloom and doom homilies of religious sages or medieval texts to manage their lives or discover truths.  Science and the secular sociopolitical system guide them, and truths are sourced in their heads and in their hearts.

It is due to fear and naiveté that some people still hold on to many absurd religious fairytales. Believing for these people serves as an insurance policy that brings them peace of mind. It provides them an assurance that they will have a blissful eternal life in the afterworld if they strictly and mindlessly adhere to their religion’s stringent codes. Science, on the other hand, does not give people any such promises. Scientific claims are often indeterminate. They change when the facts change, changes that many are afraid to embrace.

Religion, in a nutshell, is an easy way out.

Secular people live their lives to the fullest knowing that it is the only one they have to optimize. They live morally not because of promise of heaven, hell, or innumerable virgins, but because they are inherently altruistic and feel connected to humanity and to the scheme of things. There is an inherent desire for virtue in the human heart that may manifest itself through, or be reinforced by, or unfortunately often be browbeaten by religion.

I am not claiming that all the evils in the world are propelled by religion; there will be plenty of evils even if the world is rid of religion. However, there is plenty of evidence to suspect that religion has done more harm than good. Watching the evening news provides sufficient evidence for this claim. Plus, there is a huge difference. There is no shame attached to committing evils in the name of religion. On the contrary, evil-doings are glorified. Overzealous believers take pride in committing violence in the name of religion because they believe that they are doing it for the sake of their God. I don’t know what kind of God would sanction believers kidnaping innocent young girls and selling them into slavery, as in the current situation in Nigeria.

We cannot use our subjective sagacity like feelings of belonging, mystery, longing, and experience of transcendence without a conveyer, a channel through which these things can be demonstrated. Historically, religion has served this purpose. However, our feeling for spirituality is not derived from believing in a religion. Even if God did not send us prophets, our feeling for such attributes would still exist. Researches assert that human feelings, including belief in transcendence, are inherent within us. It is a genetic predisposition and a matter of the heart. However, religion misuses this innocent human tendency. We have a need to nurture and optimize our human tendencies; however, we can do that without a middleman, be it a Mullah or a Rabbi. In other words, we don’t need moral religious codes or a dogmatic structure to nurture our goodness within.

Massive changes are taking place every day in the world. We are increasingly moving toward interconnection among nations; growing economic ties have resulted in social, technological, and financial cooperation among nations, lessening tensions and conflicts. War and violent deaths are diminishing in our time, and we have moved away from a tribal mentality and moved toward the creation of nation states. Modern nations are founded based on respect for human rights, civility, and the rule of law, not religion. Utopian ideology in general is fading with the loosening of the grip of religion.  The extraordinary achievements of human beings, materially and otherwise that began with the Enlightenment, will continue to flourish; our achievements are not dwindling. We are still connected through something more than a drive to self–aggrandize, which is the purview of religion. We are sacrificing our self-centered desires and motives for social good and the welfare of the others. We are all connected, not through religious tradition, but by something else—a concern for human rights and the global good, a growing respect for the rights of other people, and more inclusivity and less self-centeredness. Religion on the other hand, converts its followers into a bunch of self-centered individuals who only care about their own salvation, and it does so to protect itself not necessarily its followers. In other words, religious leaders are more concerned about their own survival rather than the salvation of their followers. That kind of mentality has no support in the 21st century and is not attuned with its way of thinking.

If we need to do good deeds, if there is a purpose to life, and a wisdom at play in how things turn out in our life, why do these things have to be imposed from the above with a predestined blueprint of where we are heading? Why should morality be imposed on us from the above and not emerge from within us? Why cannot societies construct morality through collective wisdom and political processes?

If you find any joy and appreciation here, please consider becoming a Supporting Member with a one-time donation, or better yet, a recurring monthly donation of your choosing. Your support goes a long way towards helping Iranian.com sustain itself and remain banner-free.

You can also become a one-time patron with a single donation in any amount:

PrevPreviousSanctions Or Hypocrisy? Which One Got Iran Io Negotiate With The US?
NextWhat’s Wrong With Bahais?Next