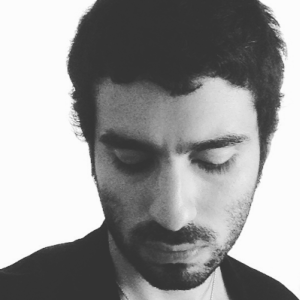 Kicking out the jams, kranking up the volume: Sulyman Qardash and the boys of Kabul Dreams

Amidst the dust and splendour, the city glows. Lost in the tumult of motorcycles and smoky cars, Kabul, the once-Eden of the East, rests on 3,000 years of history and glamour by the Hindu Kush mountains; a glamour that has been lost for decades due to Soviet and American invasions and civil war. Yet, from the ruins of destruction, dawn dreams: dreams of a peaceful morrow, of a land that whispers a promising future. Kabul dreams.

Afghanistan has nurtured, in the past half century, countless controversial figures, from Hamid Karzai and Khaled Hosseini to Ahmad Zahir and Omar Akram. Kabul Dreams is a young ensemble blooming on the same grounds. Being the first modern punk rock band in Afghanistan, the group – formed in 2008 by lead guitarist and singer Sulyman Qardash, along with Mujtaba Habibi (their former drummer), and bassist Siddique Ahmed – introduced its own idiosyncrasy of criticism and discontent following the rule of the Taliban, during which music was banned.

I met the band at a cozy New Year’s party in Berkeley, California last year, whose humble nature was the first thing that caught my attention. I had an interesting informal chat with Raby, who was sitting by himself on a sofa enjoying a Marzieh song being performed on a nearby piano; through him, I was introduced to Sulyman, and came to know about their collaboration with Metallica’s Lars Ulrich and Mohsen Namjoo in the upcoming film Radio Dreams. Based on a screenplay by Iranian director Babak Jalali, it is about a brilliant, yet misunderstood writer (Namjoo), who struggles to pursue his ambitious goal of bringing together Metallica and Kabul Dreams.

Sulyman was born in Afghanistan, but migrated with his family to nearby Uzbekistan after the Taliban rose to power in 1996. Growing up as a refugee had its own stretches on his career, although it provided him with a relatively liberal environment in which he could study art and music without as many restraints. As a child, he started taking piano lessons, but ditched them after a short while. The same happened when it came to the violin and the santur (a Persian dulcimer), and it was only the guitar that he decided to commit himself to. Punk rock was the first genre Sulyman discovered as a teenager in his Uzbek and Russian-influenced community, and it worked out well, as playing the guitar was considered to be trendy and ‘cool’ amongst youngsters there at the time.

The teenage Sulyman was exposed to bands like Nirvana and Oasis through MTV Russia, which was aired through satellite cable, since rock music was forbidden in Uzbekistan. He also met, as he mentioned, the right people at the right time, who introduced him to pop, indie, and alternative music. ‘I think [learning various genres] is more powerful. When I went back to Afghanistan, I had all these dreams of playing music and doing something’, Sulyman told me. ‘But when you go there, it’s difficult. It’s different.’

Despite his family’s high expectations, he decided to become a musician, albeit compromisingly, as he studied business at the European Private Business University in Kabul at the same time. ‘Music is not considered as a serious occupation in my culture’, he said. ‘Parents expect you to become an engineer, a lawyer, or a doctor. We had the chance to learn music as a hobby or extra-curricular [activity], but I got stuck with it.’ When he turned 17 and finished high school, Sulyman returned to Kabul with the dream of forming a rock band. It was there that he met Mujtaba and Siddique, who were working at a studio and producing material for an Afghan pop music radio programme, through friends of his. ‘We had the same interest and musical background, and although each of us spoke a different language – (me, Uzbek, Siddique, Pashto, and Rabi, Persian), we communicated in Dari (Persian)’. The three began ‘jamming’, Siddique soon took up the bass guitar (despite being a violinist and pianist, originally), and gigs soon followed. ‘Slowly, we began to perform in small places in Kabul, which were not open to the public. We also performed in private universities and public venues’, Sulyman explained.

Later, in 2009, Sulyman uploaded one of his songs on MySpace, and soon after, the manager of the South Asian Bands Festival contacted him with an invite. The festival, for all practical purposes, put them on the map. ‘We got more exposure, and the BBC World came after us’, said Sulyman. It wasn’t all that ideal, however. ‘The sad fact was that they kept comparing us with the Taliban, and [saying] the only thing missing was music. This made our situation even worse, because we lived in [Afghanistan].’ The group was soon threatened by the Taliban, and talking about things openly to media outlets exacerbated things for Sulyman and friends. ‘We have this love-hate relationship with the media. The same thing happened with Rolling Stone in India.’

Nonetheless, the group remained productive, its members teaching themselves and taking advantage of the opportunities afforded by the Internet. ‘In a place like Kabul where nothing is important, we had to educate ourselves how to record music, and make a home studio. Sometimes in Kabul, you feel like you’re in a jungle.’ Although they started receiving much attention, the group was often left feeling disillusioned, as they felt many didn’t understand what they were trying to achieve. ‘You feel so disconnected, because people really don’t take this stuff seriously, and think of it as rubbish.’ At around the same time, Sulyman felt that Kabul Dreams had reached its limit in Kabul, and had to expand its horizons to progress further. ‘We decided to go somewhere else and try, like the US, which was easier to go to, [compared with] any other country’, he said. The band could not, however, afford to dedicate itself 100% to music, as its members were still under financial pressure.

We got more exposure, and the BBC World came after us … the sad fact was that they kept comparing us with the Taliban, and [saying] the only thing missing was music. This made our situation even worse

In the beginning, Kabul Dreams covered the songs of bands such as Oasis and Green Day, and cited Led Zeppelin and ‘magical’ Nirvana as their greatest influences, although on the whole, Kabulis were not too familiar with genres such and rock and grunge at the time. ‘The majority did not know anything about these genres, and would come and ask what we’d just played’, Sulyman complained. ‘You have to be very patient and explain to them.’ He went on to tell me a story:

There was this guy who showed up constantly at our concerts. At the beginning, he was standing rigidly against the wall, with his arms folded. I clearly remember that towards the end, he was moving and shaking with the rhythm [laughs], and gradually changed his outfit and wore this black t-shirt, which I don’t know where he got from! I was thinking to myself that, OK – it’s happening. I’m sure he went home and Googled the music we’d played. This happens to everyone, you know – it’s not because of us.

Since the launch of the band, the boys never had the intention of ‘imposing’ their music on audiences. In Afghanistan, people listen to different styles of music, such as pop and traditional Afghan, as well as that of different countries, particularly the US, Iran, and India. ‘They may not understand the lyrics, but they like the beat,’ Sulyman said of local listeners, ‘so why not listen to punk and rock?’ When Kabul Dreams first started out, though, there was no rock scene. The music video for their first single, Can You Fly? was ‘kindly’ rejected by radio stations, much to the frustration of the band. ‘I asked them, how come you play mainstream Iranian and Indian songs, but you’re not willing to play a song by someone who’s from here, who’s Afghan?’ Things changed for the better, however, with the release of their first songs in Persian, and the group soon started playing in venues like the French Cultural Centre, and festivals for emerging rock groups in Kabul. Sulyman explained:

After the first show, the lady in charge contacted us and enquired about the next shows! After that, some rock festivals were held at the place, and it became a trendy venue for emerging rock bands in Kabul. Unfortunately, a month ago, during a play called Silence After Suicide, an explosion happened inside, and they shut the place down.

They still had no sponsors, though, and expenses were paid for out of their own pockets. All members of the band had full-time jobs, and made money on the side through performing at private gatherings and in universities. ‘It’s sad that you can only invite around 200 people to each venue, 150 [of which] are your own friends [who] don’t pay!’ Sulyman complained. ‘I’m not rich, [and neither are] my colleagues and my father. We just worked hard and dedicated our time to our passion and took it really seriously.’ Even better-known festivals such as South by Southwest were unwilling to pay for the band’s airfare and equipment rental, among other things. ‘We went to Austin, Texas, and even had to rent the amplifiers ourselves!’

Despite their fascination with punk rock, though, the band adores Afghan folk music and its artists. Shahaab (Meteor) is the name of their most recent Persian song, which incorporates the robab, a traditional Afghan plucked lute. They also have plans to introduce more indigenous instruments in their songs, taking them out of a folk context. ‘The instruments will [conform to] our ‘structure’, and not vice-versa’, Sulyman let me know.

In Afghanistan, women partake in the music scene, both as musicians and concertgoers. It is becoming more and more commonplace to notice female audiences in Kabul, for instance, although one cannot generalise for the entire country. Sulyman summarised his point of view in a catchphrase: Yes, of course we have women!

[Laughs] Women come and watch, and it’s becoming normal in Kabul and our small circle, but not everywhere else. Recently, a New York Times journalist wrote that Kabul is becoming as it was during the [rule of the] Taliban, [because] all these international restaurants and venues have closed; I think it’s a stupid statement. These places [do not even represent] five percent of Kabul; they [don’t reflect] the normal lives of our people. If you’ve been in Kabul during the Taliban rule and in recent years, you can see a massive difference. The effect of technology and the Internet is huge, and no one can take control of it!

Naturally, I also had to ask Sulyman about the band’s involvement with the Radio Dreams film. ‘The screenplay … is actually our band’s story’, he told me, before going on to praise Lars Ulrich. ‘He was completely different from what I imagined, you know … just being around him is great.’ Apparently, Ulrich was familiar with some of the group’s tunes. ‘He came to me and said, I like your music, and especially the song Sedaye Man. I said, you know that song? And he said, yes, I did my homework!’ Sulyman was pleased, to say the least. ‘I was like, Lars from Metallica went online and searched for Kabul Dreams! OK – that makes us feel special!’

The band owes its name to one dream – the dream of returning to the motherland to play rock music in Kabul. In the meantime, they’ll be recording new albums and performing as much as possible, standing tall like the Hindu Kush Mountains, with visions of Grammys and Wembley Stadium fluttering in their heads.