Faith Is Sacred, But Religiosity Is Becoming Futile And Fading Worldwide

Judaism, the very original Arch of the Covenant for the three Abrahamic monotheistic religions of Jewish, Christianity and Islam, is now ubiquitously practiced, observed or the least affiliated in name with, by well over four billion inhabitants, i.e., more than two-third of the world population who identify themselves with any religion worldwide. One could, therefore, easily conclude that a new holy book in history is simply the next revised edition of an earlier one, the Bible and the Quran preceded by the Torah, is the case in point herein. Judaism is attributed to Moses born enslaved in Egypt which his ten commandments of 3,000 years ago, led to the subsequent writing of the Torah and Talmudic scriptures in the southwestern Persian Empire 2600 and 1000 years ago, respectively. The Torah was in turn, drawn from the ancient Mesopotamian (fifteen epic poems of Gilgamesh) and Elamite oral stories, and inspired by the Persian Zoroastrianism in existence from as far back as ten millennia ago. Abraham’s birth back in early 9th BCE, happened in the village of UR west of the Iranian City of Susa where the mausoleums of Daniel and many other Jewish prophets, still revered by the locals, stand; Abraham (aka Ebrahim, Abram, Avram, Effrom) is said to have been the son of an Oracle Sumerian priest. When very old, he was blessed with two sons: Ishmael from Hajar, and later Isaac from the 90-year-old wife Sarah; all Arabs and the twelve Jewish tribes now mostly dissolved into the region ascribe decadency to Abraham. These include not only the 20 million self-identified as Jews worldwide, but also the 350 million Arabs, especially the 30 million of the peninsula of Najd and Hejaz south of the Persian Gulf that referred to as the Saudi Arabia since mid-20th century.

Historically speaking, the twelve Jewish tribes were originally in today’s southeastern Iraq, before they moved to Judea and Palestine, to be joined by their emancipated people from Egypt. Jesus Christ if he truly existed, was a simple low-ranking Jewish Rabbi who revolted the poor living southeast of the Mediterranean Sea against the heavy taxation levied by the local Roman rulers of the time. Although he is said to have had loyal apostles-at least 12 plus Mary Magdalene-who followed him after his demise and added chapters to the Torah in essence transforming it into versions of Bible, it took almost four centuries before the Roman Emperors- entrenched in Paganism and Persian Mithraism (Sol Invictus)-converted and adopted Christianity as an integral part of their hegemony-a religion which later became the political ploy for multiple invasions of the Orient (East), by the Occident (western) crusaders of the Byzantium Empire, and in more recent centuries for colonists’ ulterior motives everywhere. In retrospect, one could rationally surmise the Romans embraced Christianity as an indirect means of discrediting the older Judaism and later Islam, on their new interpretation of the same old book toward their own purpose.

The current Hashemite’s ruling family of Jordan, who held tribal leaderships in Iraq, and in Hijaz and as the Kaaba custodians, are of the same at least half Jewish if not 100% pedigree. The Roman emissaries even persuaded the disgruntled Persians of Mazdakism faith as Salman Parsi to move to Mecca and later Medina in order to zest up Islam with more Zoroastrianism philosophies. After Mohammad’s public migration proselytization of Islam and his emigration from Mecca to Medina formerly called Yasreb, he waged his first holy wars (Ghazawat) against the four major Medina Jewish tribes exterminating them. He and his four succeeding caliphs then waged wars against Yemenites, Egyptians, and the Persian Sassanid dynasty before Umayyad caliphs moved across North Africa and into the Iberian Peninsula and southern Europe for the 800 years that followed.   The Romans served their ulterior motives further through weakening and eliminating Jewish dissent clusters, while overthrowing the most major contender to their eastern border, that is, the Persian Sassanid Empire. 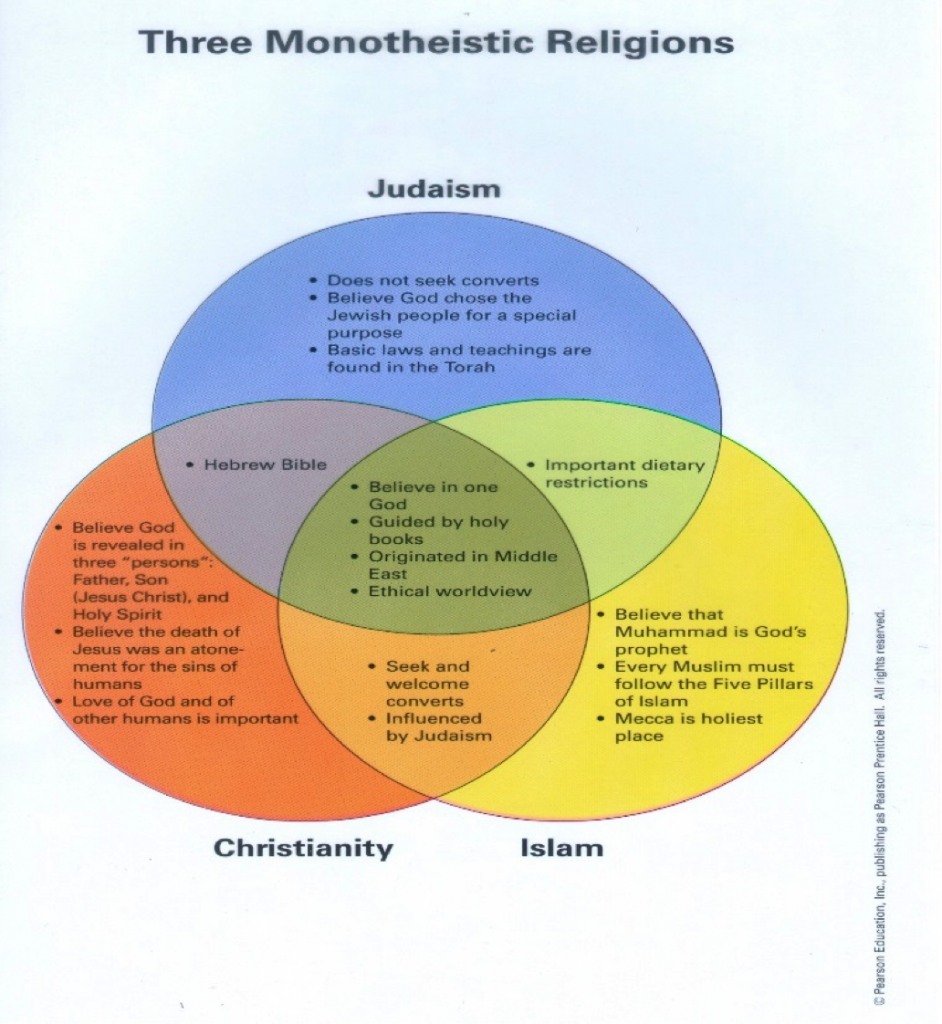 Tracing back our common ancestors to 40,000 years ago on the northern Iranian plateau, there must have existed a man with our common mitochondrial gene pool from whom we all in Asia and Europe have descended from, giving rise to the theories of Aryanism and Irano-European stocks and languages. Because most natural phenomena and the concept of postmortem were not understood back in ancient times, early humans resorted to superstitions and deities. A few smarter ones fabricated polytheism and served as the guardians of such gods and goddesses, in essence, religion and government were born. Then, the concept of seeking truth and knowledge called Faravahar, thereby attaining the highest monotheistic supreme inanimate being, i.e., the ultimate source so energy and knowledge called Ahura Mazda in the infinite universe, were conceived as the basis of Zoroastrianism and its Gatha and Yasna, still practiced by a few hundred thousand in Iran and India; the broader cultural rituals as the new year Nowruz is in fact commemorated by a few hundred million. The polytheism anchored on Veda and Hinduism has since persisted as Hinduism in India however.

With scientific discoveries developing our understanding of natural phenomena, religions that followed Zoroastrianism had to grudgingly adopt and embrace this fact-based insights, in essence coalescing into the original concept of Zoroastrianism. In fact, each of the monotheistic religions has over time undergone thorough progressive reformations or regression into their Puritan heritage (Leibovitch in Judaism, Mormonism and Moonies in Christianity, and Bahaism in Islam.) Hence, one could in retrospect rationalize the need and merit to take refuge with religiosity and in fact use it in the abuse of a strong central government and set of common laws, to ensure masses abide by a set of principles based on wrath of God, especially reward or punishment after life and on a day of judgment. Can anyone surmise how of much of the religiosity remain if the after death question were convincingly answered? None!

Thence, be it the Christian crusaders against innocent Muslims and Jews in the holy land, German supremacy of inflicting holocaust, Israeli apartheid and Jewish supremacy against their own Palestinian brethren, Saudi sponsored DAESH/ISIS criminal against humanity, the ethnic cleansing of Hindus by the Islamic republic of Pakistan, the export of Shiite doctrine by the IRI through Hezbollah or Islamic Jihad, should all be deplored and prevented at all cost. More urgently, the current terrorism ideologically propagated and financially sponsored by the Saudi Arabian regime will not stop, unless we go directly after their tyrannical Wahhabi government; that means holding the Saudi Arabia accountable while setting in motion the managing Mecca and Medina by a coalition of 54 Islamic countries. By the same token, could we become more realistic by accepting for instance that there is no viable two-state solution of Israel and Palestine? Instead, should we not declare one secular state administered under the U.N. protectorate for a period of 25 years or until equal socio-economic and political empowerment is achieved, where one person will only have one vote? Simply put, sustaining blind justice and equality applied secularly would go far longer and deeper toward a lasting peace than the current overt and covert military confrontations and violence.

The above notwithstanding, and as brilliantly articulated by Saadi the 13th century Persian Poet, this is the golden rule for all humanity:

All humans are members of one frame,
Since all at first, from the same essence, came.

When by hard fortune one limb is oppressed,
The other members lose their desired rest.

If thou feel’st not for others’ misery,
A human is no name for thee.