Great news for ‘Legends of Tomorrow‘ fans and Iranian Americans who support their hamvatan; actor Tala Ashe has been tapped to join the third season of the popular DC Comic series.

The Iranian-American actor will be playing the role of Zari Adrianna Tomaz, a Muslim-American woman from the year 2030. According to the official site description, DC comics will be taking a very interesting twist on the character: “A Muslim-American woman from the year 2030, Zari lives in a world of contradictions. Technology has brought about incredible change in her future—too bad human nature hasn’t kept pace. Fear, prejudice and a lack of care for the planet have forced Zari to become a “grey hat hacktivist.” A computer nerd with a wry, combative attitude.  A woman living a double life who doesn’t realize that she has secret, latent powers derived from an ancient, mystical source.”

Eventually she becomes the hero named — wait for it — Isis. While this name has become a notorious and controversial for some, I feel that a name is (just) a name and respect DC Comics for sticking to the original script and not bowing to sociopolitical pressures. 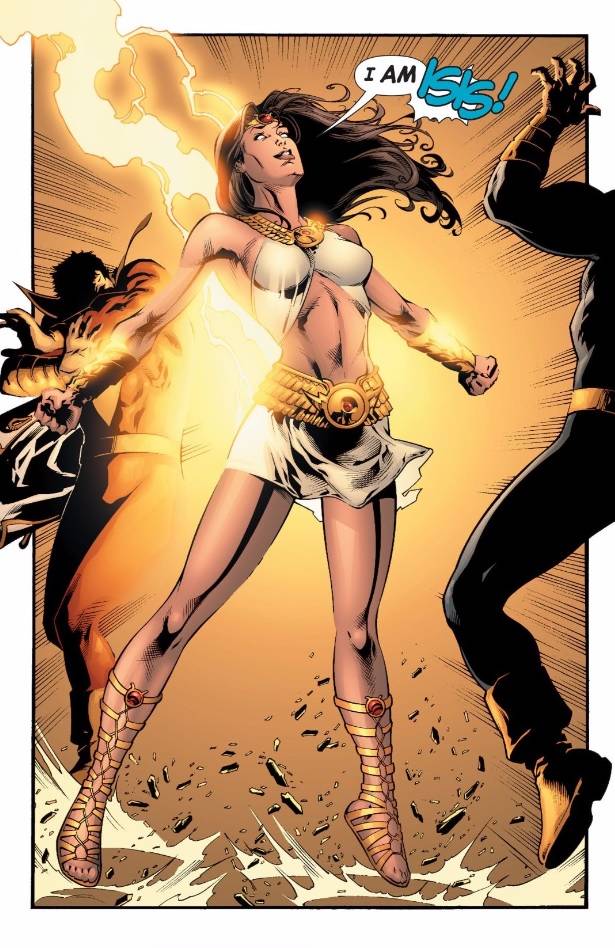 Who Is Tala Ashe?

She is is an Iranian-American (dual citizen) who speaks fluent Farsi and was born in Tehran, Iran, in 1984. Her acting credentials include, “American Odyssey” (2015), “Smash” (2012) and “Law & Order: Criminal Intent” (2001). Other credits include “30 Rock” and “Covert Affairs.” She recently starred in the off-Broadway production of “The Profane” at Playwrights Horizons, “Troilus and Cressida” at Shakespeare in the Park and “Head Over Heels” from producer Gwyneth Paltrow and the Oregon Shakespeare Festival.

One look at her Tweets and it’s clear that Ashe is not shy in expressing herself.  Whether it’s a tweet about Islamophobia,  human rights, politics or pride in her cultural roots, Ashe is not demure on issues that matter to her.

Legends of Tomorrow Season 3 is set to arrive in early October. You can catch up on previous seasons on Amazon by clicking here.

PrevPreviousGrammy Nominated Musician Hossein Alizadeh Inspires Appreciation For Arts Education
NextIran: A System Based On Absolute Political Authority Of An Expert In Islamic Jurisprudence Is Opposed To Human RightsNext