Iranian born actress and former reality star Manizhe Karimi (better known by her stage name Mandana Karimi), who was recently in the news after she filed domestic violences charges against her husband Gaurav Gupta, has had a change of heart. Surprising many, the India-based actress/model of mixed Iranian and Indian ethnicity revealed last week that she had dropped the complaint against her husband to ‘save her marriage.’

Her father, Reza Karimi, is Iranian and her mother, Saba Karimi, is Indian. Mandana Karimi was raised in Tehran and speaks Persian (Farsi), English and Hindi. She said in an interview, “I was born in a conservative Muslim family and while growing up, I was very shy  and quiet. I studied art. I used to spend most of my time in my room playing around with papers, cameras and colours.” About her Indian connection she commented, “I had come to India many times, visiting my family or for holidays. Also, when I started modeling, I got offers from India but was never interested.”

In an interview, Karimi said, “The first film that I watched was Sholay when I was 8 or 9 years old. My father was one of the few people in Iran who possessed a tape of the film, though the government didn’t allow to keep video cassettes.” She further commented, “Mainly, I’ve grown up watching Iranian films, especially by directors like Majid Majidi and favorite actress is Golshifteh Farahani.”

After fulfilling a few modeling contracts in India and visiting the country a few times, Karimi decided to move to Mumbai and try her hand at acting.

In July when Karimi was setting up a case against Gupta she said that her in-laws “Threw her out of her matrimonial house.” After the altercation, she now lives in a serviced apartment that Gupta is currently paying for. According to the Mumbai Mirror Gupta believes that she wants to return to save the marriage because she doesn’t want to live in the apartment that he’s offered her.

In Karimi’s initial complaint it is stated that she would be suing her husband for ruining her career and causing emotional abuse in her life, while also demanding money for maintenance. For example, according to the legal documents Karimi originally sued him for “rs.10 lakh as monthly maintenance and Rs.2 crore as compensation for the trauma and agony caused, and loss of career and business.” 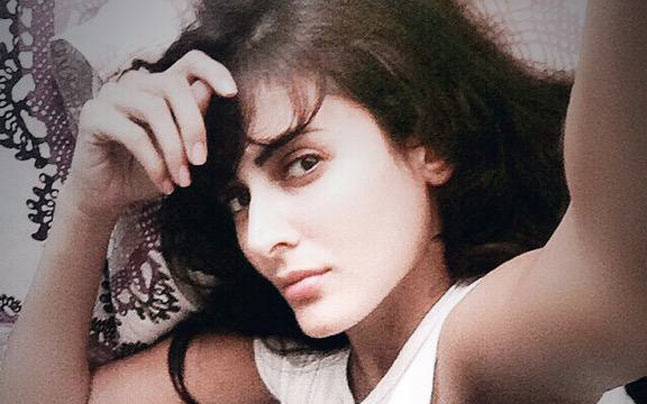 However, many of Gupta’s family believe that she was, in fact, the one that caused not just him but his whole family emotional distress. For instance, Gupta’s brother said that the reason she dropped the case was because she’d have to answer to the court about her “Harassment” to the family. Gupta’s brother was quoted saying, “She wanted to withdraw the complaint as she would be answerable to the court if she continued with the proceedings.”

Upon hearing what Gupta and his family were saying about her, she felt that she had to defend herself. When Karimi was asked about the whole situation she said, “I never intended to, in the past, nor at any point in the future, get into a union with Gaurav for monetary gains. That he, of all people, should misinterpret my intentions, a man I intended to spend the rest of my life with and start a family with would stoop so low as to stand against me instead of with me, is equally devastating.”

Mandana Karimi lovingly married her husband Gaurav Gupta in January of this year. Before giving up acting for her marriage, Karimi starred in a variety of popular films such as Main Aur Charles, Kyaa Kool Hain Hum 3 and the reality show Big Boss 9.

PrevPreviousDoes U.S. Want A Repeat Of Iraq, Afghanistan And Syrian Failures…In Iran?
NextSikhs In America: A History Of HateNext