Created by sculptor Dr. Alireza Khaghani of Tehran, the three-foot, 110-pound statue depicts the Olympic and World Champion wrestler giving a wave of salutation and celebration.

The wrestler’s given name was Gholamreza Takhti, but he was popularly called “Jahan Pahlavan,” which means “World Champion.” The Iranian people gave him this name for his success in wrestling and his chivalrous behavior and sportsmanship during competition. The Tehran native was known throughout his home country not only for his athletic accomplishments, but for being a hero of common people and for supporting the poor and downtrodden.

Born in 1930, Takhti won his first Iranian championship in 1950, and went on to become the highest ranked wrestler in the history of Iranian wrestling. In the Olympic Games, he won one gold (1956 Melbourne) and two silver medals (1952 Helsinki, 1960 Rome). In World Championships, he won two gold (1959 Tehran, 1961 Yokohama) and two silver medals (1951 Helsinki, 1962 Toledo). He is in the United World Wrestling (formerly FILA) Hall of Fame. Takhti died in 1968 at the age of 37 but remains one of Iran’s greatest sports legends and a beloved national figure. 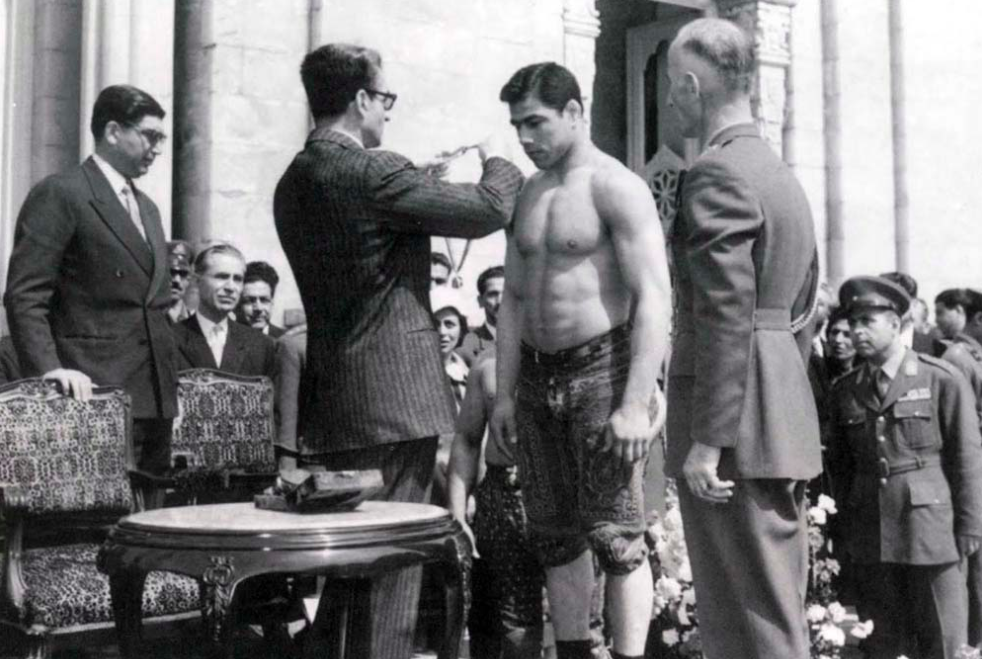 “The United States Sports Academy and the American Sport Art Museum & Archives are especially appreciative of the North American Iranian Friendship Society for making this gift to our sport art collection for the permanent enjoyment of our museum visitors,” said Academy President and CEO Dr. T.J. Rosandich.

“The Academy, a world renowned leader in sport education, hosted a significant cultural exchange with the Iranian Body Building group in 2016, bringing the group to campus for an advanced body building program.  The group was so taken with ASAMA that the leader of the delegation expressed an interest in having Iran represented in ASAMA’s permanent art collection, another example of the indelible connection between sport and art.

“We were pleased that as the students departed, they remembered their promise, which led to the creation of this excellent work of art, which represents a significant cultural exchange between our two countries.

“We welcome and encourage everyone to come out and enjoy this and the many other examples of sport art found throughout the museum.”

“I have no doubt in my mind that this is great news for the people of Iran and the United States and will bring the people of the countries closer together,” said Vahid Abideh, founder and CEO of the society, which has offices in Tehran and New York City.

“Mr. Takhti was a symbol of friendship for the world,” added Ebrahim Maghsoud, a Daphne resident and president of the society. 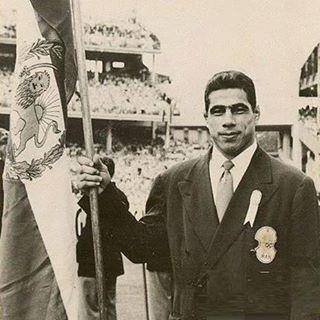 “It is truly amazing to see the American and Iranian cultures come together,” added Dr. Fatemeh Keshavarz, who holds the Roshan Chair in Persian Studies and directs the School of Languages, Literatures and Cultures at the University of Maryland, College Park.

The unveiling featured remarks by Babak Takhti, son of the legendary wrestler, who was born in Iran and now resides in Henderson, Nev.

“My dad died before I was born, but when I was a child, then a teen, a dad, and now as I am closer to becoming a retired person, he has always spoken to me,” Takhti said.

“He was more than an athlete; he showed his love and respect for his people.  He cared about the poor and unfortunate people. He was always a helping and giving person.”

Founded in 1984, ASAMA is dedicated to the preservation of sports art, history, and literature. The ASAMA collection is composed of more than 1,800 works of sport art across a variety of media, including paintings, sculptures, assemblages, prints and photographs. The museum is open free to the public from 9 a.m. to 4 p.m. weekdays. For more information, go to www.asama.org.

The United States Sports Academy is an independent, non-profit, accredited, special mission sports university created to serve the nation and world with programs in instruction, research and service. The role of the Academy is to prepare men and women for careers in the profession of sports.

PrevPreviousIn Meeting With Military, Trump Talks Of ‘Calm Before The Storm’
NextOlympic Champion Jordan Burroughs May Wrestle For Iranian TeamNext