For her latest digital installation, Raheleh Filsoofi, the interdisciplinary Florida-based artist, has conjured up a multi-media close-to-scale reconstruction of the music room of Ālī Qāpū, the grand palace of Isfahan, Iran. Amassed in an asymmetrical collection of blanched wooden boxes positioned on the gallery wall, the geometric complex is an artful faux-pas on predetermined concepts of physical and ethereal boundaries constructed by totalitarian authorities. Each box represents a window that is elaborately carved in silhouettes of musical instruments and pottery, and embodies an iPad screening video loops of random personages, simply gazing out to the camera.

The exhibition made its debut as a concurrent event on October 6, 2017 at the Florida Cultural Consortium and Abad art gallery in Tehran, Iran, to advocate a dialogue between the two nations in times of dire Trump-affected political relations. Each exhibition screens characters from the counter country with a recorded video of the other exhibition on view side by side of the piece, denoting the work’s title, Imagined Boundaries, as an interplay between the literal and figurative context of border.

Raheleh Filsoofi is a multi-media artist with an interest on society and human conditions. She incorporates a vast range of media – both old and new such as ceramics, poetry, ambient sound and video – to make fundamental statements about perception and memory through her own holistic sensory experiences. Her initial academic training came in Iran, where she also undertook several public and private commissions. She moved to the United States in 2003 and is an active participant in juried art exhibitions both in Iran and the United States, including the International Fair Festival in Tehran (2015), a solo exhibition at The Cultural Council of Palm Beach in Lake Worth, Florida (2016), and ‘Artistically Speaking,’ a group exhibition of South Florida female artists at the Cornell Museum in Delray Beach, Florida (2016). She has received several awards including a Dave Bown project award in 2017.

Peeking through the mounds of ligneous frames, are aliens that cross the intrapersonal zones of the onlooker; an astute intimation to Lacan’s Subjectivity and Otherness: The passive viewer monitors the piece and finds another glare back beyond time and space, as if looking through a mirror and discovering not another but a reflection of the Ego, the borderless realm of Imaginary. The mutual gaze evokes a serendipitous alliance between the alienated cultures with a peripheral history of political-infused pseudo-enmity, aiming to reincarnate a ubiquitous affinity.

The titular inspiration of the piece is a notable symbolic point of departure which serves as a tribute to the first-ever intercultural-communication institution in the history called Safā Khāneh, inaugurated in 1920 in Isfahan by Āgha Nagafi Esfahāni.

In her awe-inspiring set of designs compiled of an overall collection of 190 boxes, iPads and wires, the artist highlights her burgeoning interest in building congenial links through a semi-intimate abstracted environment and her historical heritage, in search of one’s true identity: the anthropocentric grail of our modern times. 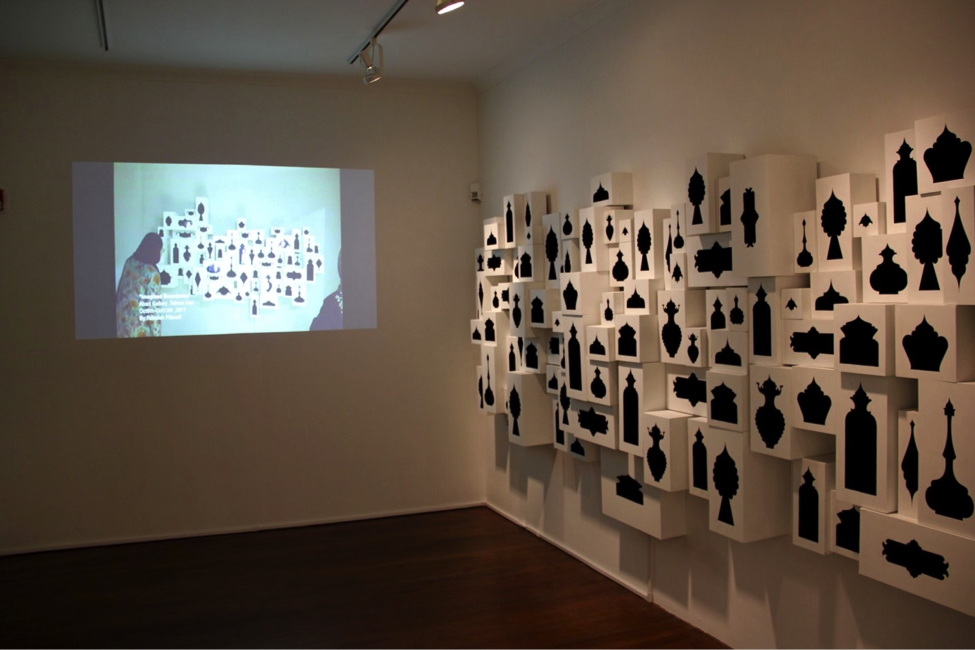 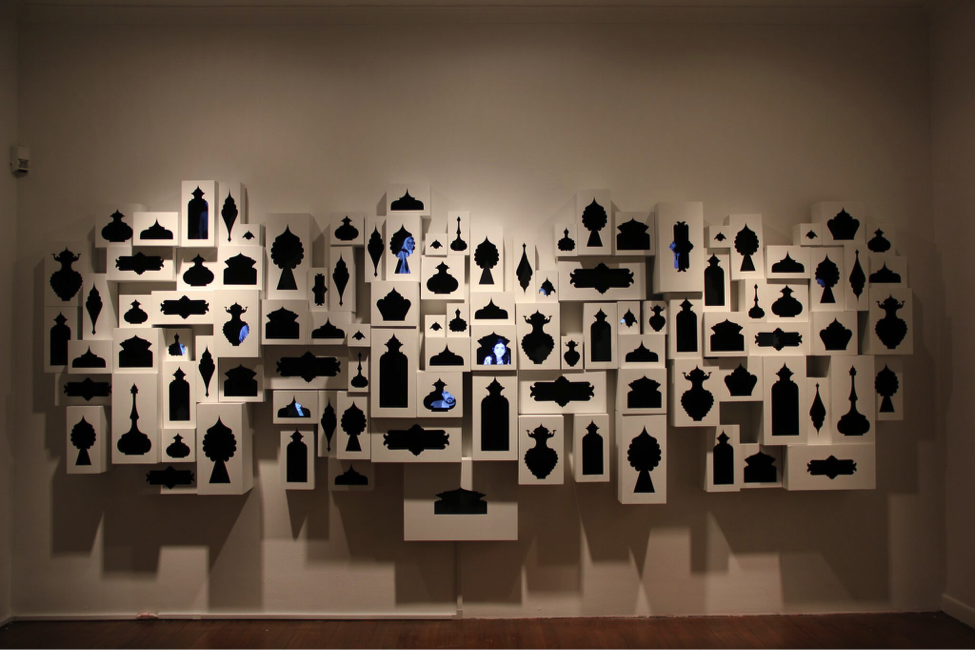