As Aid Groups Warn Of Yemen ‘On The Brink,’ Iran Says US Just Admitted Its Complicity In ‘Atrocities’

As the United Nations children’s fund warned Sunday that nearly every Yemeni boy and girl—that’s more than 11 million children—is in acute need of humanitarian assistance, Iran said the United States admitted its own complicity “in the atrocities committed by Saudi Arabia” in the warn-ravaged country.

The comments by Iran’s foreign ministry spokesman, Bahram Ghassemi, follow a statement released Friday by the White House, which said that the U.S. remains “committed to supporting Saudi Arabia and all our Gulf partners against the Iranian Islamic Revolutionary Guard Corps’ aggression and blatant violations of international law.” The statement also praised Saudi Arabia for opening the port in Hodeidah and airport in Sanaa “to allow the urgent flow of humanitarian aid to the people of Yemen.”

Aid groups, however, said the partial opening of the nearly three-week long blockade is “a minor and insufficient concession” that “still leave[s] the population of Yemen in a worse situation than they were two weeks ago before the blockade started” and the country still “on the brink.”

Today, it is fair to say that Yemen is one of the worst places on earth to be a child.

According to Ghassemi, the White House statement “clearly and without question proves America’s participation and responsibility in the atrocities committed by Saudi Arabia in Yemen.”

“Instead of urging Saudi Arabia to end the bombardment of civilian targets and killing the innocent and defenseless people of Yemen, they blatantly continue their support for this country to continue its horrendous crimes,” Ghassemi said, while also arguing that “Iran has no military relation with Yemen.” (The relationship between the houthis and Tehran is unclear.)

Speaking at a press briefing Sunday, Geert Cappelaere, UNICEF regional director for the Middle East and North Africa, welcomed the partial reopening of the blockade, but also outlined the dire situation gripping Yemen, including its youngest inhabitants.

“Today, it is fair to say that Yemen is one of the worst places on earth to be a child,” later adding, “The war in Yemen is sadly a war on children.” 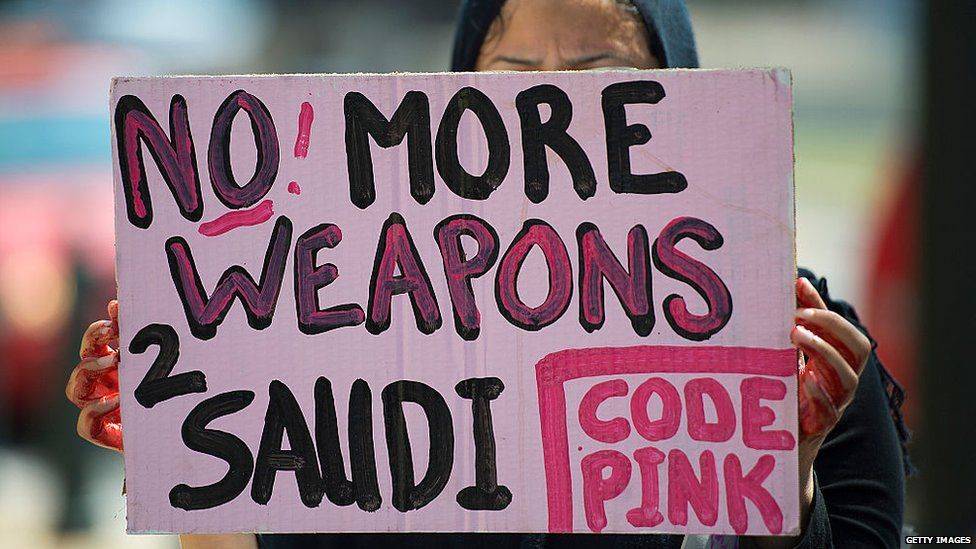 Aid group Save the Children offered grim statistics Friday, saying that there are 600 new cases of starving Yemeni children each day, and, despite some aid now getting in, the figure is likely to rise.

Among the pleas Cappelaere issued are for the “the war on children to stop” and for “the war to stop. On behalf of every single boy and girl in Yemen, let me conclude by appealing once again to all parties responsible for today’s situation in Yemen, to all parties and all those with a heart for children: Please take your responsibility, don’t take it tomorrow, take your responsibility now.”

Author Stephen Kinzer noted last month at the Boston Globe: “This war could not proceed without American help.”