Enjoyed only by those close to you.

This phrase caps off the description for a brand new series of luxury organic, chemical-free perfumes created by Tehran-born, New York City-based designer Behnaz Sarafpour. A recognizable name in the fashion space since forming her own company in 2001, Sarafpour spent formative time working for Isaac Mizrahi and Anne Klein, and even held the Head Designer post at Barneys New York for their private collection.

Upon starting her own fashion label, Sarafpour’s numerous achievements included sponsorship by Tiffany & Co, elected membership in the non-profit Council of Fashion Designers of America, Inc. (CFDA), and winning the 2013 National Design Award for Fashion Design, a coveted distinction awarded by the Cooper-Hewitt, Smithsonian’s National Design Museum at the White House, annually. 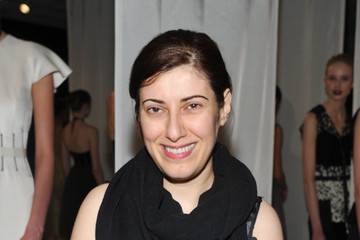 A 2006 initiative saw Sarafpour “…joining Target’s GO International line, the first designer to represent the United States in this campaign to merge high fashion and affordable prices.” This pragmatic aspect extends to this new line of fragrances as well, which intensely focuses on natural ingredients—literally described as “flower + water” in promotional content—but are not prohibitively expensive at $75.00 per bottle. The two debut scents for BEHNAZ Fragrances are Pure Rose and Pure Neroli (orange blossoms), “single note flower essences inspired by her Persian heritage” that are devoid of alcohols, chemicals, preservatives, oils or dyes.

This combination of artisanal, luxurious, and bespoke-level quality with a practical, consumer-accessible sense of the market seems to mark much of Sarafpour’s working design philosophy. Yesterday, when BEHNAZ Fragrances were first released for sale, Vogue described them as “Impossibly fresh and light,” a description in alignment with Sarafpour’s own dislike of fragrances. “I’m not interested in leaving a trail,” she says.