In the week leading up to Human Rights Day on December 10th, Federica Mogherini, High Representative of the European Union for Foreign Affairs and Security Policy, had a typically busy week meeting with world leaders. For this reason, our inside sources tell us, MEK leader Maryam Rajavi brought forward a planned trip to the European Parliament hoping she would bump into Mogherini in the buildings by chance and take a picture so she can claim to her followers that she is still alive as ‘President-elect of Iran’.

Mogherini was too clever for that and afterwards reminded Rajavi’s lobbyists in the EUP: ‘The President of Iran is not a woman with a criminal record living in France and here is not Tehran but Brussels’. Maryam Rajavi, becoming hysterical over this rebuke, ordered her gang to attack a group of Iranian opposition members who had come to the EUP at the same time to talk to MEPs about the human rights violations in her own group. Rajavi’s thugs managed to break the nose of one and cause serious back injury to another before EUP security staff were able to step in and prevent further injuries on the premises of the parliament. It is high time these MEK criminals were banned from the buildings and premises of the European Parliament. 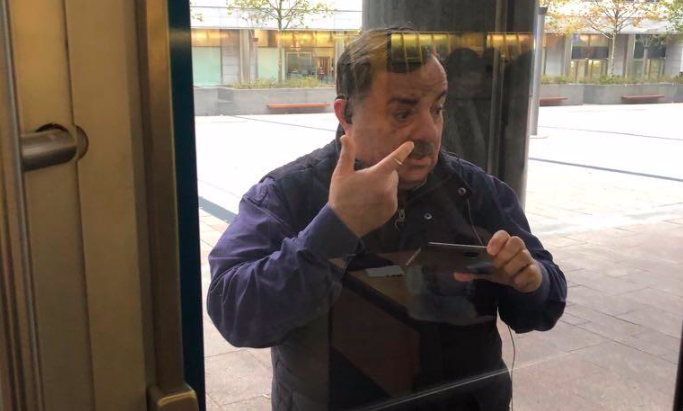 Unfortunately, the MEK has been enabled by lobbyists like Belgian MEP Gérard Deprez and British MEP Julie Ward, in establishing a permanent presence in the in the EUP buildings. Of course, it is only a matter of time until these lobbyists join previous MEK lobbyist MEPs, like Paulo Casaca, Vidal Quadras and Struan Stevenson who have now apparently accepted paid positions in the MEK’s office opposite the parliament.

In the meantime, on a daily basis, MEK agents stalk, harass and intimidate MEPs as well as their researchers and staff. One such MEK agent is Firooz Mahvi, an ex-Saddam Private Army commander wanted by the government of Iraq for alleged torture and murder charges on behalf of the MEK (aka Rajavi cult) during Saddam Hussein’s dictatorship. Another one of the perpetrators is London based Siavosh Rajabi, who had been paid and dispatched by Maryam Rajavi to the EU buildings in Brussels.

The MEK has a history of violence in Europe and North America including, but not limited to, self-immolations ordered by the cult leader in 2003, to attacking and injuring delegates at a meeting in FIAP in Paris with knives, sending several victims to hospital. In recent years the MEK launched a vicious physical attack on Mr Mustafa Mohammadi and his daughter Houriyeh when he demanded to visit his other daughter Somayeh whom he was denied seeing.

However, this is the first time that the MEK have attacked individuals in the presence of and on direct order by Maryam Rajavi in an establishment building such as the EUP. This represents a serious escalation of MEK violence.

To give context to this escalation of violent behaviour, it is worth mentioning that two days before this incident Anne Khodabandeh briefed MEPs on the results of her fact-finding visits to Albania, where the MEK combatants are now based after being expelled from Iraq. Khodabandeh raised the issue of security, asking why a NATO country – Albania – was permitting a foreign terrorist organisation to construct a terrorist training camp on the edge of the European Union?

Khodabandeh had previously briefed British and American security services about additional issues concerning the MEK’s behaviour and the impact this has on security concerns across the Balkans and Europe.

Allowing the MEK to conduct its mafia like behaviour with impunity in the European Parliament is offering a green light to the group’s further ambitions to grow its presence as a terrorist group in Albania.

Cover image: Mehdi Khoshal was among those roughed up by Maryam Rajavi’s camp