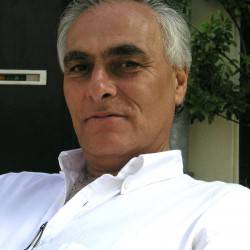 US president Donald J. Trump’s recognition of Jerusalem potentially sets the stage for a controversial American effort to resolve the Israeli-Palestinian conflict backed by Saudi Arabia and the United Arab Emirates.

The United States and the two Gulf states see a US peace plan-in-the-making as a way of paving the way for more overt cooperation with Israel in confronting Iran, whom they accuse of destabilizing the Middle East.

In doing so, the United States, Saudi Arabia and the UAE are navigating a minefield. Protests against Mr. Trump’s move have so far underplayed the link between the fight against Iran and apparent Saudi and UAE willingness to compromise on minimal Palestinian demands for peace that include East Jerusalem as the capital of a future Palestinian state.

That could change as US plans for an Israeli-Palestinian peace crystalize and the link to the Saudi-Iranian rivalry manifests itself. At the core of the US draft plan is reportedly the controversial suggestion that Abu Dis, a Palestinian village bordering on Jerusalem, rather than East Jerusalem, would be the capital of a future Palestinian state.

Perceived Saudi and UAE backing for the proposal that is reportedly being drafted by Mr. Trump’s aide and son-in-law, Jared Kushner, would bring anger at alleged Arab complicity to the forefront, fuel the persistent anti-US and anti-Israel protests, and complicate the campaign by the US and the two Gulf states against Iran.

The notion that Abu Dis could replace East Jerusalem has been around for almost two decades. It failed to garner support during the 2000 Camp David Israeli-Palestinian peace talks because Arab and Palestinian leaders rejected it. Saudi and UAE eagerness to work with Israel coupled with Mr. Trump’s seemingly unqualified support for the Jewish state has given the proposal a new lease on life.

Saudi Arabia and the UAE, despite their official condemnation of Mr. Trump’s recognition of Jerusalem, have signalled a willingness to be more flexible by continuing to support Mr. Kushner’s effort and playing a low-key, if not dampening, role in Arab and Muslim rejection of the president’s move.

Inadvertently, Palestinian President Mahmoud Abbas and Jordanian King Abdullah did Prince Mohammed a favour when they reportedly rejected pressure by Prince Mohammed not to participate in this week’s summit of Islamic countries in Istanbul. Saudi Arabia was represented by a lower level Cabinet official. Mr. Abbas may have further shielded the Saudi leader when his refusal to further accept the United States as a mediator was adopted by the summit.

The two leaders’ stand coupled with the Islamic summit’s rejection of Mr. Trump’s move make it more difficult for Saudi Arabia and the UAE to endorse any resolution of the Israeli-Palestinian conflict that does not recognize East Jerusalem as the capital of Palestine. The problem is that Prince Mohammed and his UAE counterpart, Prince Mohammed bin Zayed, run the risk of misreading or underestimating public anger and frustration in significant parts of the Arab and Muslim world.

The link between Israeli-Palestinian peace making and Iran is likely to become undeniable when Mr. Trump next month must decide whether to uphold the 2015 international agreement with Iran that put severe restrictions on its nuclear program in exchange for the lifting of sanctions.

Under US law, Mr. Trump has to certify Iranian compliance every three months. In October, Mr. Trump refused to do so. He threatened to pull out of the agreement if Congress failed to address the agreement’s perceived shortcomings within 60 days. Congress has so far refrained from acting on Mr. Trump’s demand. Mr. Trump wants Congress to ensure that Iranian compliance involves accepting restrictions on its ballistic missile program and support of regional proxies.

It is anybody’s guess what Mr. Trump will do. At first glance, US ambassador to the United Nations Nikki Haley’s presentation of Iranian missile parts as evidence of Tehran’s support for Houthi rebels in Yemen and Iranian destabilization of the Middle East would suggest that Mr. Trump is preparing to decertify Iran and possibly withdraw from the agreement.

It could however also be an effort to project a tougher US stance towards Iran while cooler heads in the administration prevail on Mr. Trump to keep the agreement in place.

In either case, Mr. Trump and his Gulf allies are walking a tightrope by fuelling suspicion that they are willing to compromise on minimal Palestinian demands for peace in a bid to cater to Israel, a natural ally in the fight against Iran.

In doing so, Mr. Trump and the Saudi and UAE crown princes risk misreading not only the public mood but also Iranian influence and intentions, particularly regarding the Islamic republic’s ability to control the Houthi rebels. Ms. Haley’s evidence that was supplied by Saudi Arabia and the UAE failed to convince many in the international community.

Ms. Haley’s missile parts display was prompted by the Iranian-backed Houthis firing of a ballistic missile at Riyadh on November 4. It remains unclear whether that missile was supplied by Iran, or possibly North Korea, and when it was given to the Houthis – key questions that need to be answered to determine possible Iranian culpability.

The Houthis, a fiercely independent actor who have repeatedly demonstrated that they do not take orders from Tehran and at times ignore its advice, could throw a monkey wrench into the fragile Middle East mix if they make good on a threat to target not only Saudi but also Emirati cities. A missile strike would no doubt provoke a harsh response, possibly involving a joint US-Saudi-UAE strike against Iran rather than against the Houthis in Yemen.

Anger already aroused by Mr. Trump’s decision on Jerusalem potentially could then turn against Arab leaders who would be seen to be cooperating with the United States and willing to sacrifice Palestinian rights to work with Israel.

In short, it could open a can of worms in which public anger is directed against multiple parties ranging from the United States to Israel to Arab leaders to Iran and the Houthis and/or prove to be a perfect storm.