Britain’s Collective Memory Should Look Beyond Europe To Understand Iran

Exactly a hundred years ago, a famine which had been growing slowly across Iran suddenly hit the whole country. The disaster would go on to claim anywhere between a million and ten million lives, depending on which estimate you accept. The general consensus is that the eventual figure was two million dead Iranians.

There are three analyses of this cataclysmic event, an episode of which many in Britain are barely aware: that it was an outright British-led genocide; that the famine constituted an act of colonial negligence, inspired by imperialist racism; and that it was a tragic but necessary diversion of resources away from Persian civilians to British troops attempting to defend the country from invasion during the First World War.

In a landmark 2003 book (“The great famine and genocide in Persia, 1917-1919”) which at least drew much-needed attention to the episode, Mohammad Gholi Majd put the case that it was a deliberate act of genocide. The academic claimed that half of the Iranian population died of starvation or pestilence during the crisis, citing census estimates and files discovered in the US State Department archives.

The way we approach episodes like the forgotten Iranian famine illustrates a wider point about how British decision-makers and the public, as well as the “commentariat”, view the Middle East.

It is not only his statistics which seem improbable – Iran’s population at the time was only eleven million, and Majd claimed that ten million died — but also the legal argument. There remains no evidence, even a hundred years later, of a concerted attempt to deliberately wipe out Persia/Iran’s population because they were Persian/Iranian; such evidence would be necessary to prove that this was genocide.

A more likely explanation is found in scenarios two or three, in which Iranians were considered undeserving of food resources, which had become increasingly scarce after a series of droughts in the preceding years. Neither possibilities, of course, paint British colonialists in a good light; any difference between them is slight.

You could be generous to colonial administrators, though, and say that as this happened during wartime, civilians were bound to suffer. As that part of the First World War was happening in what is now Iran, it was to be expected that people might die of famine or the associated pestilence. Or you can be less generous and say that British overlords were indifferent to those starving people, simply because they were colonial rather than British subjects.

For what was one of the largest death tolls in world history, the Iranian famine is remarkably absent from the semi-official histories of the First World War that we are taught in school. Much like the Bengal famine, which Winston Churchill is accused of instigating, there is certainly indifference to those who died, and how they died. Imagine the coverage which would undoubtedly have been given by politicians and media alike had a famine of that scale taken place in Bordeaux or Birmingham. 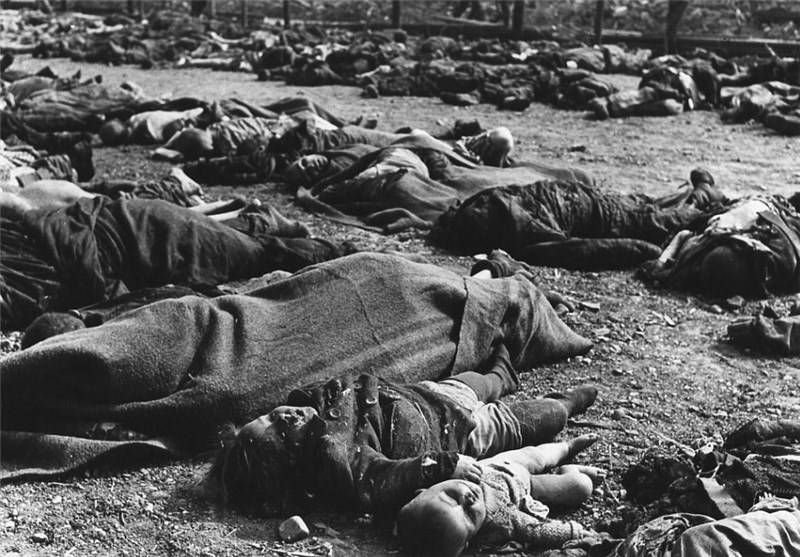 The only way to “move on” is not to forget, or even forgive, but to acknowledge. Those who need to do the acknowledging are my countrymen and women, the British. Excuses that it took place during wartime sound extremely trite even if we accept the lowest fatality estimates.

The way we approach episodes like the forgotten Iranian famine illustrates a wider point about how British decision-makers and the public, as well as the “commentariat”, view the Middle East. Britain had a remarkable and relatively easy ride throughout the twentieth century. It was a period which for most other countries was bloody and awful, and much of this suffering – including that found in many Middle Eastern countries — is ongoing almost two decades after the millennium.

British memories are consequently short, having rarely been upset by any serious national trauma on home soil. We have never suffered occupation or dictatorship, and instead have enjoyed what at times has been stultifying stability.

By contrast, countries and regions which have seen regular strife within their own territory typically contain individuals, families and entire societies with far, far longer memories than your typical Briton has. It is this which goes a long way in explaining many of the dissonances between how Britons view the Middle East and the psychological realities of people who live there.

Just as we commemorate battles in muddy European fields a century ago because they claimed millions of lives, Iranians also remember deadly tragedies. In October 2016, a film by a British cinematographer was aired in Tehran; “The Orphanage of Iran” may have had a biting, tasteless and dog-whistling sub-title: “A Historical Account of a Genuine Holocaust in Iran” — perhaps an endorsement of the Iranian regime’s tendency towards the incubation of Nazi Holocaust denial — but it also drew attention to the invasion of Iran in World War One and the famine.

The year before, a journalist writing for the official website of Ruhollah Khomeini, carried an article stating that, “After the Russian Revolution of 1917, Britain became the main foreign power in Iran and this famine or — more accurately — ‘genocide’ was committed by the British.” The Fars News Agency also dedicated an interview to blaming the British for the famine last year, while the Iranian government’s official position is that the British committed a genocide in Persia/Iran for which they have never been held accountable, and which was comparable in scale to the 1939-45 Holocaust yet is barely remembered. It is a sore point with which it is hard not to empathise.

With their long and our short memories, and the selective interest shown by school history books about the impact of the First World War on subjects of the British Empire, we are left with a situation where many Britons cannot understand why Iranians and their government hate us so much. “It was a century ago, time to move on,” the apologists might argue. So was the Somme and Passchendaele, yet we still remember them every year on Remembrance Day; we are simply not allowed to forget, short memories or not. In the interest of justice, though, and for a better understanding of the world in which we live, Britain’s collective memory should look beyond Europe to comprehend what is happening in the Middle East, Iran included.